Inexplicable and unexplainable both mean "incapable of being explained," but inexplicable also often implies that something is unable to be interpreted or accounted for.

One of the intriguing characteristics of adjectives in English is that we have so many that are synonymous and yet distinct in usage. It’s hard to express the difference in meaning between trusty and trusted, for example, and yet we do use them differently. We also like to accumulate them: what other language can claim so many words meaning “large” (big, huge, great, enormous, gargantuan, gigantic, ginormous)? 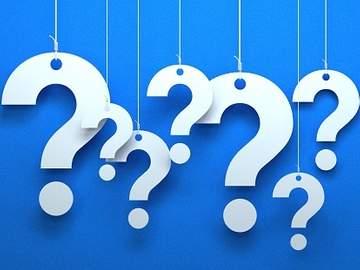 We'll get to the bottom of it.

First, their respective histories: the verbs explain and explicate entered English from Latin within a century of each other in the late 1400s and early 1500s. They both present an image or metaphor as their basic meaning: explain, from the Latin word plānus (“flat”) literally means “to make flat,” “to make level,” or (big surprise) “to make plain.” The “clear” or “easy to see” meaning of plain comes from the same root; so does plane, meaning “a flat or level surface” or the tool that makes wood flat and level.

Explicate, from the Latin root explicāre, literally means “to unfold,” a nice figurative way to say “to make something clear or easy to understand” or “to show the reason or cause for something.” The same root gives us words like complicit, implicit, and explicit. If explicate means “to unfold” (“to fold out”), then complicate means “to fold together,” another apt figurative use for this meaning. You can also see ply in these words; its meanings include “to bend, to fold” as a verb or “layer, fold” as a noun, like plywood.

Both verbs generated adjectives in the predictable way—explainable, explicable—forms that are found in print about a century after the verbs were first used. What is harder to account for is that, for some reason, both of these adjective and their predictable negations—unexplainable and inexplicable—show wildly different usage patterns from the verbs that were their sources. To begin with, the verb explain is much more commonly used than the verb explicate; the latter has a transparently Latinate spelling that has perhaps contributed to its more technical, academic, and specialized use: you explain baseball, but you explicate scripture.

The more thoroughly naturalized (that is, Anglicized) nature of explain is probably why explainable has taken the Germanic negation un- while explicable uses the Latin-based in-, synonymous prefixes that nevertheless do give clues about the origins and usage of these terms.

Which Is Used More?

But while the verb explain is more frequently used than explicate, the adjectives explicable and inexplicable are more frequent than explainable and unexplainable. There’s probably no logical reason for this strange crisscrossing of vocabulary preference, other than the greater sense of analysis that comes with the use of an adjective modifying another word (“an inexplicable outcome”) compared with the utilitarian use of a verb (“explain how this works”). By adding a modifying detail, we are giving a more technical aspect to our words.

The odd thing is that the negative forms are so much more frequently used than their positive analogs. Inexplicable is far and away the most frequent of these forms; a look at the billion-word Corpus of Contemporary American English gives us the following comparative ratios:

Inexplicable joins a handful of negative adjectives that are much more common than their positive equivalents. Such words, like ineffable, irreconcilable, inextricable, irrevocable, and unfathomable, prove that English speakers sometimes prefer to accentuate the negative.

Why this is true, however, we are unable to explain.