Impactful: Yep, It's a Real Word

It's accused of all kinds of terrible things, first and foremost being a lexical imposter.

Impactful is NOT a word!

This, though, is patently false: impactful has been in use since the 1950s and is used in all kinds of contexts and understood by all kinds of people to mean "having a forceful impact" or "producing a marked impression." 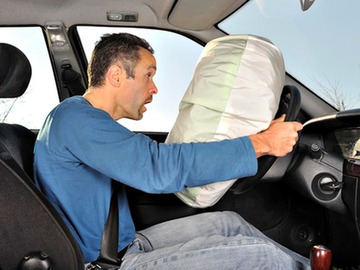 Brace yourself, for 'impactful' is indeed a word.

It's also accused of being a heinous product of business and marketing jargon.

This too is false. As linguist Mark Liberman pointed out on Language Log, the word was first used in the 1950s and 1960s in contexts dealing with political theory, literary criticism, and clinical psychology before expanding into fashion and the arts. By the early 1970s (when Liberman first finds hints of disdain for the word), it was being used in major media outlets, especially in arts and music reviews.

And it's not that the term migrated to business and marketing jargon later; in current use Liberman finds it mostly in sports writing, but also in writing about music, the arts, politics, and science.

Another complaint leveled at impactful is that it's not a well-formed word: -ful means "full of," and impactful does not mean "full of impact."

But -ful doesn't only mean "full of." It also means (among other things) "characterized by," as in playful and tasteful.

People also object to impactful on the basis of its occupancy of a space already filled by other words. Words like impressive, effective, and affecting can all be used in various contexts to do the job that impactful does. But since when does English like to limit itself? Synonyms abound, and most of them avoid the opprobrium that impactful endures.

Despite all of these refutations, though, the opprobrium remains: impactful is a word despised by many. And it's for that reason alone that you might want to avoid it. If those you're communicating with are distracted by your use of a hated word, then your ability to communicate is limited. You'd do better to choose another one.

It's likely that hatred for impactful will fade over time, and you'll be able to use it without fear of being pummeled or snorted at. After all, that's exactly what happened to such formerly-odious words as won't, upcoming, and finalize.