Notes on a plural 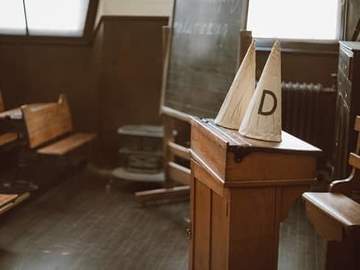 This is one of those "just in case you need it" articles.

All of us, no matter how noble or kind we may be, have on occasion the desire to describe someone of our acquaintance with a word indicating that they are less thoughtful or informed than might otherwise be the case. In many cases the words that come most readily to mind have origins that make them less than ideal choices; words such as idiot and dumb began as descriptors of disabilities or of cognitive impairments. However, should you wish to refer to someone opprobriously there are still plenty of words available. Such as ignoramus.

The Meaning of 'Ignoramus'

We define ignoramus as “an utterly ignorant person.” The word has been in use in this sense for slightly over 400 years, although it was preceded slightly by a legal meaning (“an endorsement formerly written on a bill of indictment by a grand jury when it considered the evidence insufficient to warrant the finding of a true bill”). The legal use comes from Latin, in which it means “we do not know” (ignoramus being the 1st plural present indicative of ignorare “to be ignorant of”).

So this article is concluded with an ignoramus.
— William Fulke, A reioynder to Bristows replie in defence of Allens scroll of articles and booke of purgatorie, 1581

If they do not finde it true, they write on the backside ignoramus, & so deliuer it to the Iustices of whome it is rent into péeces immediatly: he that is indicted is accounted a lawefull prisoner, and after that time looked more streitly vnto.
—Thomas Smith, De republica Anglorum, 1583

In trueth we seeke for your founders intentions, not for yours: and therefore this onely sentence in all your third chapter maketh toward the matter in question, which you conclude with an ignoramus, protesting his holines intentions to be vnknowen to you.
— Thomas Bilson, The True difference betweene Christian subiection and unchristian rebellion, 1585

The pejorative sense came about after the playwright George Ruggle wrote a play titled Ignoramus, with a character, a foolish lawyer, of the same name. The play was first produced in 1615, and it did not take very long for other writers to apply the word to people.

The foole said in his heart, there is no God. If this Ignoramus had so much braine as brow, the bookes of the Creatures and Conscience would informe his vnderstanding, that the great world without him, and the little world within him, are nothing else (as it were) but God expressed.
— John Boys, An exposition of the proper Psalmes vsed in our English liturgie, 1616

All of this history is just a preamble to the question that has doubtless been burning in the minds of all our readers: should I use ignoramuses or ignorami when pluralizing ignoramus? Some usage writers have opined that ignoramuses is correct, based on the fact that the word comes from a Latin verb, rather than a noun. However, the sense for ‘ignorant person’ comes more from a noun (a name) than it does from a verb, and so may easily be pluralized as ignorami. Both are found in evidence, although ignoramuses is somewhat older than ignorami.

Again, they make such Priests as are dumb dogs and cannot barke, being meere Ignoramuses and Sir John-Lacke-Latines.
— Henry Burton, Christ on his throne, 1640

This anonymous Advertiser taxes your humble servant, and all others, as the merest Ignorami in the world, if we dare call Stibium a preparation of Antimony, which he says is Antimony itself.
—Grub Street Journal (London, Eng.), 26 May 1737

If you’d prefer an insult with less Latin and theatrical or legal history to it we can also suggest doddypoll. It comes from Middle English (with roots meaning “to dote” and “poll”) and means “blockhead.”