Why "I Before E" Won't Always Help You

Unfortunately, the Rule Is Incomplete

English spelling is a source of frustration for many — it's rarely regular or logical. This makes sense: English has been influenced by languages with such different spelling paradigms that it would be impossible to have tidy orthography. In an attempt to create order out of what looks like chaos, we've constructed a number of "rules" regarding English spelling. Most notable among them is the "i before e" rule. The rule goes something like this:

i before e, except after c
or when sounded as a, as in neighbor and weigh. 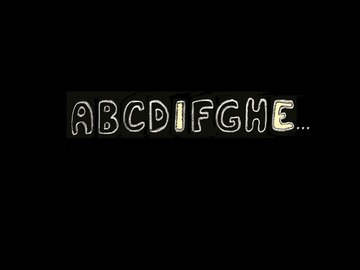 The problem is that this rule was created sometime in the 18th or 19th century — one book from 1834 spells out the basic rule clearly. It's a problem because, like many English spelling "rules", it's flawed and incomplete.

To make the "i before e" rule accurate, for instance, it would have to read like this:

i before e, except after c
or when sounded as \a\ ,as in neighbor and weigh.
or when sounded as \ee\, as in seize,
or \eye\, as in height,
unless the c sounds as \sh\, as in glacier,
or ie appears in comparatives and superlatives, as in fancier
or in -ing inflections for verbs ending in -e, as in cueing
or in compound words, as in albeit,
or occasionally in technical words with strong etymological links to their parent languages, as in cuneiform,
and in other numerous and random exceptions, such as science, forfeit, and weird.

Try constructing an easily remembered rhyme out of that.