The forms of compounds (two words used together) in English are not fixed. Some terms have moved from being open compounds (base ball) to hyphenated (base-ball) to closed (baseball), a pattern that reflects familiarity and frequency of usage. Hyphens are often used when a compound modifies a noun (“sun-bleached curtains,” “fire-roasted tomatoes”) but not when -ly adverbs are used (“lightly salted peanuts”).

Among the correspondence we receive at Merriam-Webster, a significant amount of it comes from people asking how to style a particular compound word. Should it be two words? One word? Should a hyphen be inserted between the two components? 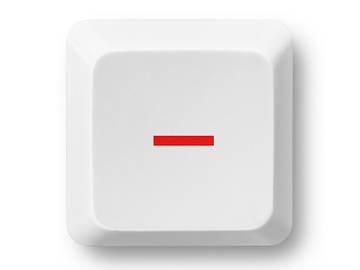 The definitive answer is: it's complicated.

For much of the dictionary’s history, a compound word was shown in only one form—closed, hyphenated, or open—even if there were examples of two or, sometimes, all three forms in use. This practice was necessitated by the limitations of page space: it simply wasn’t practical to show all of the possible permutations of a compound word at the expense of other information in a print dictionary entry. You saw only one styling—the one that occurred most frequently within a sample of evidence. If that evidence changed, then the headword was revised.

Even in the digital age, this is true for many entries. The term tongue twister, for example, is shown as an open (two-word) compound, even though there is plenty of evidence for tongue-twister in the wild. The same is true for terms like vice president and tape measure. Absence of a particular compound style in the dictionary doesn't mean it's not in use; it only means it's much less common.

Historically, a lot of compounds follow the pattern of entering English as open compounds, then gradually take on hyphenation and eventually a closed form as they become more familiar. There was a time, after all, when baseball was spelled as base ball. As the sport took hold in the American consciousness, it gradually began to be spelled with a hyphen (base-ball), but now any form other than the solid compound baseball looks like an affectation.

Similarly, lifestyle, boilerplate, doorbell, screwdriver, tailwind, rowboat, and postcard all had eras when they were encountered more commonly as open or hyphenated compounds. Now we almost invariably see them closed, and that’s the only styling they are shown with in the dictionary.

Even words that might seem comparable can show disparate forms. You are likely, for example, to spell shoelace, postcard, rattlesnake, and doorknob as closed compounds, but you’re also likely to find shoe tree, post office, garter snake, and door handle as open. You’re more apt to find a hyphen in double-header or double-decker than in double play. And front yard and front seat tend to appear as two words, but backyard and backseat as one.

What all of this means is that there is a great deal of fluidity when it comes to the styling of compounds and whether a particular compound is open, hyphenated, or closed. So much fluidity, in fact, that the dictionary cannot always provide a cut-and-dried answer, as much as it tries.

But do not despair: there are a smattering of guidelines that are for the most part consistent and that can help you.

For example, when a compound that is usually left open is used to modify another noun, that compound will usually take a hyphen. So you can speak of a person who loves science fiction going to a science-fiction convention. Same with a video-game collector, a food-truck business, a pet-store employee, or even adjectives made from phrases, like made-for-TV movie or over-the-counter medication.

(Even in these instances, the hyphen is sometimes dropped for very common terms that aren’t likely to be misunderstood, like real estate agent or health care legislation).

Hyphens also work well with compound adjectives that end in a participle: a funny-looking badger, a sun-bleached roof, fire-roasted tomatoes, a money-grubbing thief.

Hyphens tend not be used for adjectives that are modified by adverbs, even when they come before nouns: lightly salted peanuts, distantly related cousins, a poorly written sentence.

For most other instances, the best strategy may be to trust what you think looks right. Some writers are more comfortable lumping together compounds than others. Some think a hyphen is visually messy. Note, though, that whether or not you choose to style a compound as one word or two might convey something about your familiarity with the word (or lack thereof). One dictionary that shall not be named was a bit notorious for showing the headword Web site long after most of the civilized world was using website. They wised up, eventually.