A not-that-sarcastic look at word history

Lewis Carroll (less well known as Charles Lutwidge Dodgson) was very good at inventing words. Through his 1871 work Through the Looking Glass the English language realized the addition of a number of fine words, including chortle, galumph, frabjous, and, of course, jabberwocky. Carroll invented these words, and many more besides, meaning that he will have likely contributed more items of vocabulary to our language than any of us. He did not, however, invent snark, at least not in the sense that it is most commonly used today. 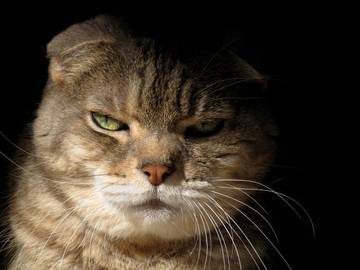 'Snarky' existed before the "sarcastic, mean" sense of 'snark.'

Credit for snark is often given to Carroll, on the basis of his having written a poem with this word in the title, back in the 1870s.

”Just the place for a Snark!” the Bellman cried,
As he landed his crew with care;
Supporting each man on the top of the tide
By a finger entwined in his hair.
— Lewis Carroll, The Hunting of the Snark (An Agony in Eight Fits), 1876

Carroll is thought to have invented this snark (defined by the Oxford English Dictionary as “an imaginary animal”), but yet we do not attribute the word with the same spelling, meaning “an attitude or expression of mocking irreverence and sarcasm” to him. Why is this? Is it because lexicographers are snarky, mean people? Maybe! By which we mean ‘lexicographers can indeed be mean and snarky, but that is not the reason we don’t give credit to Carrol for inventing snark.’

The modern snark is a back-formation (“a word formed by subtraction of a real or supposed affix from an already existing longer word”), a class of words that includes burgle and back-stab. It comes from taking the longer word snarky and subtracting the -y. Snarky began being used around the meeting of the 19th and 20th centuries, initially with the meaning of “snappish, crotchety,” and then later taking on the sense of “sarcastic, impertinent, or irreverent in tone or manner.”

Kansas is improving. Up to date no snarky individual has jumped to the front to inquire who is doing the work the President is paid to attend to while he is gadding around over the country.
— Neodesha Register (Neodesha, KS), 1 May 1903

We used to be snarky sometimes—much snarkier than we are now. Why is it? Is it because we have more money? People are always supposed to quarrel when they are poor.
— E. Nesbit, The Pittsburgh Press, 9 Feb. 1903

What a snarky creature the crabbed old janitor must be, to think of thus rudely interfering with the course of love’s young rose-colored dream.
— The Chronicle-Tribune (Leavenworth, KS), 8 Aug. 1901

The sense of snark meaning “the kind of attitude embodied by that wedding toast your inebriated friend thought was a good idea” is a much more recent addition, coming up in the 1990s. We’re not saying people didn't have snark before then, just that we don't have written evidence of its use.

But nonetheless, I didn't mean to come off sounding so snarky. In future I will pass my posts through a snark filter before posting them :)
— sci.electronics.design › XR2206 IC, 16 Apr. 1996

So when a term that was apparently coined by someone who has a propensity for making up nonsense words takes off, we do not automatically attribute it to them. In some cases, such as Dr. Seuss and nerd, there is probably a connection; Seuss used this word in his 1950 book If I Ran the Zoo, and our earliest known use of nerd in the “geek” sense comes but a year later, in 1951. But there is over a century between the Lewis Carroll poem and the earliest known evidence of irreverent snark, so we’ve gone with saying that it can perhaps be traced back to the dialect word nark, meaning “to annoy.” Carroll wouldn’t mind; he’s got enough words under his belt. And that’s intended as a compliment, not as snark.