You might feel 'pains' when hungry, but their recurrence makes them 'pangs'.

The discomforts or cramping caused by hunger are known as hunger pangs not pains. Because pangs is rarely seen elsewhere (and its pronunciation is close to "pain"), the phrase is often confused for "hunger pains."

As a child, you may have complained about feeling pain in your legs at nighttime, which the adults in your life ascribed to "growing pains." (Those pains, by the way, were real, but they had no connection to your growth.) You might also, at some point, have felt some kind of bodily pain after skipping lunch and complained of "hunger pains." If that's the case, however, you were falling prey to a common (and, honestly, pretty logical) misinterpretation of the expression "hunger pangs." Though the feeling is no less real for being mislabeled. 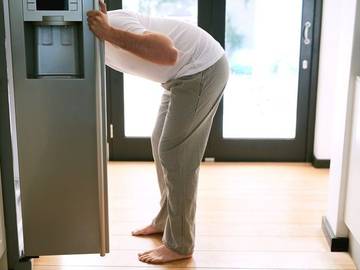 In the medical field, 'pang' is the term associated with cramping induced by hunger.

Since pang is an antiquated word, most often encountered in literary and poetic works (as well as the phrase "hunger pang" itself), pain is no stranger to edited, published text here:

You need a facility with a large capacity kitchen to prepare meals on a massive scale; otherwise, you'll never quiet a city's hunger pains following a disaster.
— The Washington Post, 20 Oct. 2017

Snacks shortly before exercising probably won't give you an energy boost, but they can help maintain blood sugar levels and prevent distracting hunger pains.
— The San Diego Union-Tribune, 13 Feb. 2018

The reality is that not everyone knows that in the medical field pang is the term associated with cramping induced by hunger. The general uncommonness of the word pang in everyday writing and speech and its close pronunciation to pain—as well as the fact that hunger pangs actually, you know, hurt—led to the formation of the eggcorn "hunger pains."

Hunger refers to an uneasiness (made manifest by rumbling) that is felt in the abdominal region and brought on by lack of food; the discomfort is due to contractions and churning movement of the stomach or intestines, which typically occur in the digestion of food but in the absence thereof cause pain. In early use, the word pang referred to the sudden and painful contractions in childbirth, and that application influenced its use for the abdominal contractions related to hunger.

So when your stomach is rumbling, remember that's only a transitory physiological sensation. Your stomach is making you aware that you need food soon by running through a stage of digestion without it. It can feel like "hunger pains," but "hunger pangs" is the correct expression to use when telling your editor why you absolutely need to push that deadline for a snack break.

MORE TO EXPLORE: A Feast of Food Words