Bringing to mind their subtle differences

Is there a difference between remember and recall? Or between either of these two words and recollect? We at Merriam-Webster always aim for certainty, and so are pleased to tell you that the answer to the above questions is somewhere between a definite maybe and a resounding perhaps. 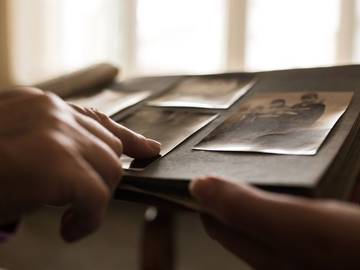 For us, those are very strong words.

There is a good degree of semantic overlap between at least one sense of each of these words. Remember may mean “to bring to mind or think of again,” recall “to bring back to mind,” and recollect “to bring back to the level of conscious awareness.” There are circumstances in which any of these three words are interchangeable with any of the others, and other circumstances in which one or more of these words will sound odd, or somewhat off.

Almost all words that exist in English for any significant length of time will change meaning; recall and recollect have, to varying degrees, shifted in meaning since their introduction into English in the 16th century. In initial use recall had meanings such as “to annul by taking back” or “to recant.” Recollect first meant “to call to mind,” and later took on the shade of “to recall something forgotten to (oneself).”

I care not what he wrote, sith he recanted the same. The lad wil standeth in his force, and no wise man knowing that he repented his follie, will afterward allege his authoritie for that, which he recalled.
— Nicholas Sander, The Supper of our Lord, 1566

And when they haue thus recollected, and consydered all these thynges in their myndes: then lette them humbly knowlege their defautes vnto god, and aske forgyuenes for the same, with vnfeyned purpose in their hartes, to conuerte and retourne from theyr noughty lyues, and to amende the same.
— Anon., The institution of a Christen man, 1537

Remember is the oldest of the three, in use since the 14th century. While this word has taken on new meanings over the centuries, the original meaning (“to have (a notion or idea) come into the mind again as previously perceived, known, or felt”) has shifted little.

And seeyng there Aurora shyne aboue alle other he began to remembre his lady megere Alas Madame where be ye now I wolde hit plesid the goddes that ye remembrid as well me as I remembre yow.
— Raoul Lefèvre (trans. by W. Caxton), Historyes of Troye, 1473

Despite the fact that these three words started their lives with fairly disparate meanings, all of them now may be used in some sense of “bring back to mind.” What are the differences between them? Some people find that recollect carries with it a folksy quality, one that is suggestive of rustic speech.

I spose you recollect thet I explained my gennle views
In the last billet thet I writ, 'way down frum Veery Cruze.
— James Russell Lowell, The writings, 1890

It should be noted, however, that there are plenty of other instances where recollect is used as a synonym of remember, with no apparent folksiness.

Thank you for recollecting my weakness
— Emily Dickinson, letter, 1869

Another distinction, one that a number of usage guides in the late 19th and early 20th century made note of, is that recollect implies a conscious effort to recall something to mind, whereas remember simply means having something available in one’s memory. Recall often has a similar connotation of conscious effort, one that remember need not necessarily carry.

As with many other synonymous, or closely related, words in English, the best course of action is to trust your ear. In the event that your ear has proved itself untrustworthy in the past, or if you are concerns about its performance in this regard, you may generally use remember in any setting in which you would otherwise use recollect or recall.