The handful of English words that end in -icent share both a rhyming last syllable and a Latin heritage, but not much else. One of them, magnificent, is quite familiar. Three others are exceedingly rare in modern usage: conticent (“silent”), omnificent (“unlimited in creative power”), and maledicent (“addicted to speaking evil” or “slanderous”), pronounced \mal-uh-DYE-sunt\. Maleficent (“working or productive of harm or evil”) of course got a big boost from Disney as the name of the “Mistress of All Evil” in Sleeping Beauty and eventually her own eponymous film. 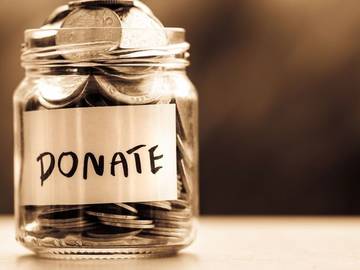 The two remaining words in this morphemic category, however, are sometimes encountered in similar contexts, so making a clear distinction between them is important. Munificent and beneficent can both be found in discussions about charitable giving. Munificent means “lavish” or “generous” and comes from the Latin word munus, meaning “service” or “gift.” Beneficent means “doing or producing good” or “beneficial”; its Latin root is bene, or “well.” Here are some other words that share these roots:

Another handful of words with the ending -icient (rather than -icent) formed in a similar way from Latin. These two groups of adjectives follow different patterns for their related nouns: the -icent words connect with nouns ending in -icence like magnificence, munificence, and beneficence. Adjectives ending in -icience connect with nouns that end with -cy like deficiency and proficiency. Here are those adjectives:

These two groups of words can be broadly distinguished by their paths into English: those ending in -icience came to English directly from Latin, while those that end in -icence passed through French before coming to English and consequently made phonetic changes along the way.

Munificent has been used to mean “generous” since the mid-1500s:

But also, that thei and their progeny, callyng to remembraunce, the fauor, estimacion, and auauncement, which, thei of so liberal and munificent a prince had receiued and obtained
— Edward Hall, The Union of the Two Noble an Illustre Famelies, 1548

A gilded education begets more privilege, and privilege itself has had a long tradition of expression in munificent reciprocal giving.
— Ginia Bellafante, _The New York Times, 16 November 2014

Beneficent has been used to mean “doing good” since the late 1500s:

The ninth daie of August next following, died the most noble, worthie, beneficent, and bountious ladie, the ladie Marie Sidneie, his onelie spouse and most déere wife, who was eldest daughter vnto that renowmed duke Iohn late of Northumberland....
— Raphael Holinshed, The Third Volume of Chronicles, 1586

"Hello, President"—a marathon Sunday program in which the chief executive wandered the streets of Caracas dispensing wisdom, history lessons and cash like a talk show host on steroids—"became like the lottery, everyone looking to get a job, a house, something" from a beneficent government.
— Marie Arana, The Washington Post, 10 March 2013

The similar word benevolent has a more specific sense regarding philanthropy: “organized for the purpose of doing good” (as in “a benevolent society”). This subtle distinction is sometimes lost and represents a tricky corner of usage: benevolent and beneficent certainly do overlap in meaning, but benevolent is closer in context (if not in meaning) to munificent, used more frequently to refer to charitable gifts, whereas beneficent more frequently refers to a charitable attitude.

But really, isn't knowledge the greatest gift of all?

(No. It's probably still money.)