'Accept' vs 'Except': Two Verbs, One Pronunciation

When sounding out the word won't help

Accept is a verb meaning “to receive something willingly” (as in “we accepted the gift” or “they were accepted into the class”). Except is most often used as a preposition meaning “not including,” a synonym of but (“all except one”), and is also commonly used as a conjunction (“he does nothing except complain”). These words can be confused because they sound alike, but remember that the one spelled with ex- is used with meanings that exclude things.

In a sport where nothing is given, everything is earned, Jadiel Pinales has excepted the challenge of trying to keep the Lowell High boys cross country team at the head of the Merrimack Valley Conference pack.
— The Lowell Sun, 27 Sept. 2018

For women, especially young women, it is important to see themselves reflected within their desired industries, as they will feel there is already space for them and that they will perceive that they will be readily excepted.
— Wrexham.com, 7 Mar. 2019

Malone couldn’t hide her wide smile as she curtsied and excepted the honor from the Prince of Wales.
— Inquisitr.com, 23 Feb. 2019

It's true: occasionally, you will encounter except mistakenly written in place of accept. (You might also see except where expect should be, but that's more of a typographical issue.) 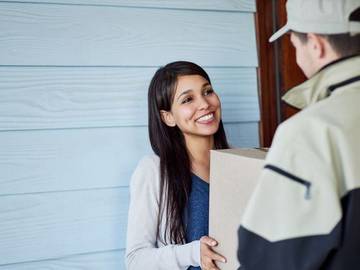 The verb 'except' has the meaning of "to leave out or exclude (someone or something)."

The confusion between except and accept seems to be due to their similarity in sound. Both words are primarily pronounced with an initial \ik-\ followed by a stressed \-sept\, which makes them homophones. (Accept does have alternative pronunciations beginning with \ak-\ or \ek-\, but they aren't as widespread.) In addition, both words are verbs, but that shouldn't be much of a factor since their meanings are distinctly dissimilar. If you're one who's prone to confusion over the pair, we advise you to keep reading. If you remember them every time, we also advise you to keep reading; you might pick up a fun bit of grammar knowledge you wouldn't have heard otherwise. Basically, there's a little something for everyone; no one excepted.

When to Use 'Accept'

Accept only functions as a verb, and its chief meaning is "to receive or take (something) willingly." That "something" could be practically anything: a gift, a job offer, a responsibility, a risk, a bribe, a personal check, a passcode, etc. The word can also indicate that a person has come to think of something as true, proper, or normal:

A majority of scientists have accepted the theory.

His parents accepted his decision to move out of the house.

Other common senses refer to allowing someone to join a club, to attend a school, etc., as well as to regarding someone as belonging to a group. Students, for example, could be accepted at a school that they applied to, or a significant other might feel accepted by their partner's family.

When to Use 'Except'

Except, on the other hand, is most often seen as a preposition. In this function, it can mean "not including," "other than," or "but"—as in "The restaurant is open daily except Mondays" or "All the puppies were adopted except two"—and it is often followed by for, "Except for that one typo, there were no mistakes." Except is also a conjunction that is more or less synonymous with unless ("Students are not allowed to leave except in an emergency"), but ("He does nothing except complain"), and only ("We'd go, except that we already have plans").

Finally, except is a verb in its own right. It has the meaning of "to leave out or exclude (someone or something)." The fact that the two verbs, except and accept, have entirely different connotations makes their misuse that much more egregious to grammarians. But we realize that the verb except is not often seen in everyday reading, making it unfamiliar to many, so we'll regard the mix-up as an excusable mistake—for now.

When the verb is encountered, it is often in legal contexts.

Although he put a moratorium on oil and gas drilling on both U.S. coasts — later extended by President Clinton — he excepted the Gulf of Mexico, perhaps a reflection of his prior oil industry interests.
— Marlene Cimons, The Huffington Post, 4 Dec. 2018

Present company excepted, the British media have, for 40 years, largely suppressed or censored information that would show the vast benefits and advantages that accrue from our partnership with other European countries.
— Ian Flintoff, The Guardian, 22 Jan. 2019

In order to qualify for zero-duty trade among the three nations, automakers must certify that 75 percent of a car's parts are made in North America. Certain EV batteries, however, are excepted from this requirement.
— Clifford Atiyeh, Car and Driver, 22 Mar. 2019

You might also encounter the word in the sense of "to object," as in "excepting to a witness/testimony." The inflected form excepting is also used as a variant of the preposition or conjunction except.

Mr. Banks would no doubt approve that the museum keeps bankers' hours: If you try to visit on the weekend, you are out of luck. It's open weekdays only, excepting, of course, bank holidays.
— Gary Warner, The Orange County Register, 16 Dec. 2013

Though seating is first-come, first-served, with no guarantees for a particular performance excepting if you make dinner reservations for the 8 p.m. shows each night.
— Donald Brown, The New Haven Independent, 26 Mar. 2019

Tip for Remembering the Difference

What this boils down to is that if you are not studying or practicing law, you probably will never need to contemplate using except or accept—if you need a verb, there's a good chance accept is what you're looking for in general writing. Nevertheless, it's good to have knowledge of the verb except: it's a nice tidbit to throw in when the topic of homophones inevitably comes up at the bar. And if, even after all of this, you still find yourself confusing the two, here's a handy cheat sheet: remember that the ex- spelling implies "excluding." By default, you will hopefully make the right choice.