The letter combination "ae" isn't common in English. We know what to do with "oa" in boat and "ai" in sail and "ea" in sea, but "ae" doesn’t show up a lot, and in the cases in which it does make an appearance, it behaves inconsistently. It says one thing in algae, another thing in aesthetic, and still another in maestro. What's a person to do?

Have no fear: your dictionary is here to help you. 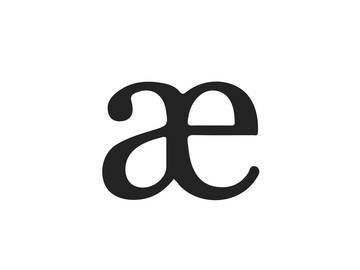 To the best of our abilities, at least.

First a bit of background: the “ae” in these words comes from a Latin diphthong* that linguists believe was pronounced like the English "long i," the vowel sound in my. Latin was spoken for a long time, though, and there's nothing a language likes better than change. That "long i" sound for "ae" didn't stick around. Eventually, the sound merged with the Latin monophthong "long e," which eventually became the English vowel sound in me.

The "long e" sound is the one we have in a number of Latin-derived English words spelled with "ae":

However, that older "long i" sound also survived in some English words, likely aided by the study of classical Latin by English speakers. In most cases, it shares territory with the "long e"; a number of English words with "ae" have dual established pronunciations in good use:

(The word maestro (\ˈmī-(ˌ)strō\ play ), the only common English "ae" word pronounced solely with a "long i," is an outlier, having been adopted from Italian; its pronunciation in English reflects its Italian pronunciation.)

But most of us have never studied Latin, and English has a bunch of other words with "ae" that have other sounds entirely. In aegis the "ae" can be pronounced as a "long e" or "long a": \ˈē-jəs\ play or \ˈā-jəs\ . The second option makes good sense to English speakers, who are used to "e" making vowels long: think of tie and toe—and the names Mae and Rae. In a few words, like aesthetic (\es-ˈthe-tik\ play ), "ae" makes the "short e" sound in the word met.

What's clear once we get all this out on the page is that "ae" is a confusing little unit for English speakers. It's not commonly found in everyday English words, which means that no one can be blamed for not knowing what to do with it.

Now that you've read this article, you'll know to check your friendly dictionary in cases where you're not sure. And when there's no time for that, you'll have a good explanation for your uncertainty.