When referring to the mythological creature, the plural of Cyclops is usually Cyclopes, following the plural spelling used in French, although sometimes Cyclopses, which follows English plural convention, is also used.

First, let's talk about plurals in general. The plurals of most English words are formed by adding -s to the singular. If the noun ends in -s, -x, -z, -ch, or -sh, an extra syllable must be added in order to pronounce the plural, so -es is added. If the noun ends in a -y preceded by a consonant, the -y is changed to i and -es is added. So we have bosses, anticlimaxes, blitzes, churches, calabashes, and allegories (which, incidentally, would make a great podcast title). In addition, the plurals of proper nouns are usually formed with -s or -es (as in "The Websters and the Joneses are joining us for dinner"), and names of creatures often have a plural formed with a suffix or a plural that is identical with the singular form, as in lions and sheep. 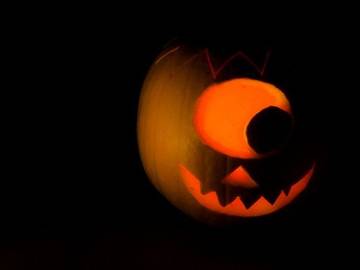 With that grammar laid out, the plural of Cyclops, which is a proper noun ending in -s that denotes a mythical giant creature, should be either Cyclopses or Cyclops—but usage evidence doesn't concur. The most common plural form of Cyclops (which is now frequently found in lowercase) is Cyclopes (pronounced \sye-KLOH-peez\).

The new footage sheds more light on the poignant story at the heart of this fairy tale. Ian (Holland) and Barley Lightfoot (Pratt) live in a magical world that’s lost a lot of that pixie sparkle. It’s a world where unicorns exist, but they’re the equivalent of raccoons rummaging through your trash. Cyclopes star in their own exercise tapes, Manticores run family-style restaurants, and fairies, well, you don’t want to mess with fairies.
— Nick Romano, Entertainment Weekly (ew.com), 10 Oct. 2019

With their help, Zeus gained artillery, made by the Hecatonchires, able to dispel thousands of rocks against the Titans, as well gifted with an endless volley of thunderbolts fashioned by the Cyclopes. The Cyclopes also crafted a helmet for Hades and a trident for Poseidon. Later on, Zeus gained the Titans Themis and Prometheus as allies to join his side.
— B.B. Wagner, Ancient Origins, 13 Oct. 2019

To understand the origin of this plural, we must turn to the word's romantic history.

Cyclops is a name that refers to a member of a race of giants in Greek mythology with a single eye in the middle of the forehead. Some of them worked at the forge for Hephaestus, the god of fire, forging the thunderbolts that enabled Zeus to defeat the Titans. According to one legend, the Greek god Apollo destroys the Cyclopes after one of their thunderbolts kills Asclepius (Apollo's son). The most famous Cyclops is Polyphemus, who appears in Homer's Odyssey. In the epic poem, he brutally devours several of Odysseus' men when they enter his cave; Odysseus escapes by blinding him.

Etymologically, the name is from Latin and Greek and translates as "round-eyed." When it was borrowed into the Romance languages, the -s ending was modified to one terminating in -e. Thus, we have Italian and Spanish Ciclope, and French Cyclope (the form Cyclop also occurs in early English use). The major influence of the untraditional English plural form of Cyclops as Cyclopes is suspected to be a pluralization of the French word—in particular because of the similar "y" spellings in French and English.

But true to form, English is a dynamic language that is constantly evolving and is not unresistant to change, so don't be surprised if you see the traditional Cyclopses (be leery of Cyclopses in the flesh, though).

His wiliness on the battlefield helped the Greeks win the Trojan War, and his cleverness at sea helps him topple giant Cyclopses….
— Arlice Davenport, The Witchita (Kansas) Eagle, 25 Oct. 2014

As evinced above, the -es plural form is used—but it is considered a monstrosity to many, especially fans of the mythical Cyclops, and it is often criticized. The plural form cyclops can also be found in science in reference to a group of freshwater predatory crustaceans that have a single eye, which include water fleas. The water flea has been known to transmit the Guinea worm to humans, so please keep one eye open when in the water—especially because this cyclops could be singular or plural.