Descriptivism doesn't mean that anything goes

Kory Stamper is an Associate Editor at Merriam-Webster and the author of Word By Word: The Secret Life of Dictionaries, which you can, should, must order here. This is an excerpt of an essay that was originally published on her blog, Harmless Drudgery, in 2013. 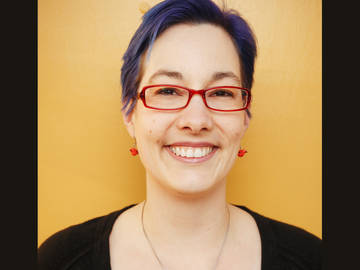 No thinking descriptivist is going to disagree with you when you say that certain words should not be used in certain contexts. But a reasonable prescriptivist understands that different contexts and times often require different types of use.

Descriptivist is not a slur, and neither is prescriptivist a title of honor (or vice versa). They are merely terms that describe two approaches to analyzing language use. They are not linguistic matter and anti-matter, and when brought together, they will not destroy the universe in a cataclysm of bombast and ain’ts. Good descriptivism involves a measure of prescriptivism, and good prescriptivism involves a measure of descriptivism. What good is a dictionary that enters irregardless but neglects to tell you that it’s not accepted as standard English? And how good is a usage and style guide that merely parrots rules with no careful consideration for the historical record of edited prose, or whether this rule does indeed produce clearer, cleaner writing?

In fact, do everyone a favor and just stop talking about “descriptivists vs. prescriptivists.” It’s a false dichotomy that only works if you construct a nonexistent descriptivist straw man as a foil to your upstanding-citizen prescriptivist (or vice versa. Prescriptivists don’t have the corner on language nastiness). For an excellent and well-reasoned take on descriptivism and prescriptivism, go read Jonathon Owen’s essay. I’d also recommend this very interesting discussion between Lane Greene (D) and Bryan Garner (P). If you want to see nerds break chairs over people’s heads, take your bloodlust elsewhere and go heckle a Scrabble tournament (wear a helmet).

Step 2: Learn what dictionaries actually do

Something that really burns my proverbial biscuits is the musty insistence that dictionaries are the guardians and gatekeepers of the language, and when we enter a word into the Most Sacred Tomes of Webster, we lend it legitimacy. We’re putting our Seal of Approval on its unchecked use, which will eventually kill English.

If you don’t know what dictionaries really do, you can go read this blather, and please consider that people have literally (sense 1) been whining about the demise of English since at least the 15th century, long before English dictionaries showed up to ruin everything.

The problem here is one merely of education, and is easy to remedy: buy some usage dictionaries. At least two, preferably four, written by both descriptivists and prescriptivists. Arrange them near your desk in a way that is aesthetically pleasing. There. Aren’t they nice? They are nice. NOW READ THEM.

Most modern usage dictionaries will give you a little historical overview of a contested use, and then will offer advice on how (or whether) to use it. You will be surprised to discover that many thinking prescriptivists disagree in their advice, or pass judgment on uses that are so common, no one knows they are not supposed to be using that word that way (e.g., “above” as a noun, as in “all of the above”). A reasonable prescriptivist critically reads all the evidence and advice they can, and then makes their own judgment.

Step 4: Remember that opinions and facts are two different things

My mother, bless her, claims that when I complete a task and holler “I’m done,” I am announcing to the room that I have reached a safe internal minimum temperature and hence will not give you trichinosis. “You’re done, are you? Should I stick a fork in you to make sure?” she will tut. “You’re finished, not done.”

Alas were it so, but the historical record shows that done has been used to mean “completed” or “finished” since the 14th century. The be done construction in particular dates back to the 18th century.

Nonetheless, my mother is of the opinion that this use of done is wrong, and she is welcome to that opinion. I am of the opinion that if I say “I’m done” and you really think I’m referring to cooking myself, then you have other issues we need to discuss–and I am entitled to my opinion as well. Both of our positions are equally correct insofar as any preference or opinion is “correct.” A usage preference is not a usage fact, and it should not be held as such. I prefer cake over pie and vanilla over chocolate; but cake is not empirically better than pie, nor is vanilla more correct than chocolate. Even if science proved that vanilla is more correct, as I am sure it one day will, my preference for vanilla will still be just that: a preference.

Your personal language preference is yours, and it is unassailable. I can hurl citation after citation at it with my standard-issue Lexicographer’s Trebuchet, but a personal decision you make with and keep for yourself is inviolable. “I prefer to use finished instead of done” is a statement that no thinking descriptivist will argue with, because you are not claiming it is a universal fact everyone should subscribe to. But saying “I’m done is wrong” makes what is an opinion into a fact, and baby, my trebuchet was built for nonsense like that.

Step 5: Realize that you are not the center of the linguistic (or actual) universe

I have a friend–well, a “friend”–who feels it is his life’s mission to let me know when I’ve used a word incorrectly. He will stop a conversation dead in its tracks to share with me that I didn’t pronounce “towards” right, or that I should stop saying “howdy” out here on the East Coast because it’s hickish. It’s not just that our conversations are stilted because I can’t finish a sentence without being grammarsplained to; it’s that he makes these judgments based on his own dialectal language patterns. His experience becomes the standard for what is right and proper and good. In other words, what he speaks is Standard English, and what everyone else speaks is Really Wrong.

In a similar vein, I can’t tell you the number of emails I’ve received over the years that explain that “phat” or NOO-kyu-lur or irregardless is wrong and shouldn’t be legitimized in our dictionaries because no one with a modicum of common sense, class, or education would dare use them. I also can’t tell you what my unedited response to this oft-repeated drivel is because I believe it breaks obscenity laws in 33 states.

It’s human nature to make our own experiences and beliefs the standard by which we judge other people and things. But it is, to be blunt, stupid to pretend that English is a monolithic structure that does not have enough room for accent, dialect, or register variations. “Phat” is slang and you shouldn’t use it in formal speech or writing: this is not disputed advice. Are you so presumptuous as to think that a conversation you’re having with the office supplies clerk about “American Idol” is considered formal speech, and therefore the clerk shouldn’t use “phat”? Are you so provincial and backwards that you honestly believe that someone with a southern US accent who may say \NOO-kyu-lur\ instead of \NOO-klee-ur\ is uneducated or stupid? Because y’all, where I come from, we reckon that’s elitist hooey.

No thinking descriptivist is going to disagree with you when you say that certain words should not be used in certain contexts. But a reasonable prescriptivist understands that different contexts and times often require different types of use, and they tailor their advice to the context and the era. The best practices of written English have changed dramatically over the last two centuries. Language is flexible; advice regarding its best use should be as well.

Let’s say that you feel, despite the evidence I may put in front of you, that decimate should not be used to refer to utterly destroying something. That’s fine, assuming you’ve gone through Steps 1-5 above. But before you move in to correct the next guy who uses decimate to mean “to utterly destroy,” consider: is this the hill you want to die on? Do you want your legacy in life to be “That One Person Who Groused Endlessly About Decimate”? Are you happy with a life that will be beset by smart-asses like me asking why, if you are so interested in so-called etymological purity, you aren’t also tackling nice and frankfurter and holy hell half the month names of the Gregorian calendar?

The core question here is an existential, not a grammatical, one: why are you a prescriptivist? Perhaps you’re a professional editor and you need to uphold a style sheet that demands you subscribe to dusty old shibboleths (some of which you may adore). Perhaps you’re a writer and you don’t want to drive your editors crazy. Perhaps you feel that championing best practices makes for better reading and writing. Hell: maybe you just like following rules. Those are fine reasons for being a reasonable prescriptivist. But if you are a prescriptivist because it gives you a sense of superiority and inflated self-worth, a little pillar from which you can spit on the idiot masses below, then you are the sort of prescriptivist that is giving prescriptivism a bad name. Maybe take up yoga?

Don’t get me wrong: descriptivists dislike bad writing, too, but try to put things in perspective. Yes, misused apostrophes irritate me, a descriptivist. Do I feel that people who misuse apostrophes “deserve to be struck by lightning, hacked up on the spot and buried in an unmarked grave“? No, of course not: I’m not a sociopath. Do I cringe when people use impactful? Oh yeah. If I were editing a piece of writing that used impactful, I would very likely revise it out of the text. Does impactful make me want to blow up the world? No, not even on a bad day when I have to goddamned write the entry for impactful. It is possible to love the sinner yet hate the sin, even if that sin is impactful.

The English language is not under attack by barbarians, and you are not her only hope. She’s taken pretty good care of herself, all things considered. Her best practices have always prevailed. In short: be cordial, humble, and hopeful. It’s so much better than being miserable and insufferable.