How Come People Say 'How Come'?

And is there anything wrong with it?

People have been using how come? to mean "why?" since at least the mid-19th century. And why shouldn't they?

We don't think they shouldn't at all, in fact. It's useful. 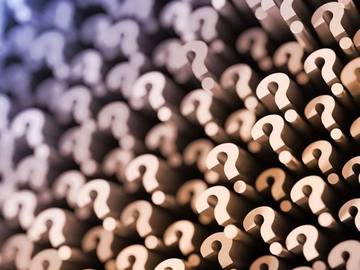 There's no reason to avoid it when you want an informal tone.

How come? is seen in headlines, where it conveys a relaxed tone where a simple why? might make the reader think they're about to get a stuffy lecture rather than a conversational explanation:

And it signals the same relaxed tone in speech, as in this excerpt from a speech by Barack Obama, campaigning for the Democratic candidate in a race for the Virginia governorship:

Off-year elections, midterm elections—Democrats sometimes, y'all get a little sleepy. You get a little complacent. And so as a consequence, folks wake up and they're surprised—'How come we can't get things through Congress? How come we can't get things through the state house? Because you slept through the election.
— quoted by CNN (cnn.com), 4 Nov. 2017

It also signals the kind of informal tone that exists in our internal dialogue or most intimate conversations:

The comedy here is less militant, not straining to intimidate but arising from a more tolerant sense that most folks, most of the time, mess up. Their speech betrays a basic puzzlement; often, what they deliver are not lines so much as spurts of clueless yammering—“How come? What? What?”
— Anthony Lane, The New Yorker, 13 Nov. 2017

There's been speculation over the years about where how come comes from. Widely asserted is its American provenance, which we aren't entirely sure about. A slightly different version of the phrase was used by the Bard himself:

ROSALINE. Play, music, then. Nay, you must do it soon. / Not yet? No dance! Thus change I like the moon. KING. Will you not dance? How come you thus estranged? ROSALINE. You took the moon at full; but now she's changed.
— Shakespeare, Love's Labour's Lost, 1597

Some two hundred years later, it was still being used thusly on the British side of the pond, as in this example from Dickens:

'What then, and how come you here?' cried Gride, somewhat reassured, but still retreating from his visitor: 'what is your name, and what do you want?'
— Charles Dickens, Nicholas Nickleby, 1839

Of course in both of these cases how come doesn't mean "why," as it does in current usage; instead it means something like "how came you to be?" or "how did you come to be?" (American writer Herman Melville also used the phrase in this way in the 1850s.) But in the 1859 novel Adam Bede, by the also-British George Eliot, we see an example that perhaps bridges the gap between the two meanings:

"Why, Hetty, lass, are ye turned Methodist?" said Mr. Poyser, with that comfortable slow enjoyment of a laugh which one only sees in stout people. "You must pull your face a deal longer before you'll do for one; mustna she, Adam? How come you put them things on, eh?" "Adam said he liked Dinah's cap and gown better nor my clothes," said Hetty, sitting down demurely. "He says folks looks better in ugly clothes."

And that's as far as we've gotten on the provenance of how come? question. But provenance aside, what of the use itself? Here's what we know: writers and speakers find it useful for conveying an informal tone, and they have for a very long time. There's no reason to avoid it.

And we'll leave you with this fun fact: The Dictionary of American Regional English reports an adjective how-come-you-so (also how-came-you-so) that means "intoxicated" (as in "your husband was … a little of what I call how-come-ye-so"), or "pregnant" ("She's how-came-you-so"), with the earliest cited example being from 1827. You can use that too, but chances are pretty good that no one will know what you're talking about.