Since the 1500s the plural noun optics has meant "the science that studies light and the way it affects and is affected by other things." The adjective optic has meant "of or relating to vision or the eye" since long before then. 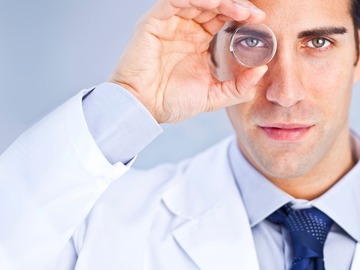 This new sense is more often used in political, not optometric contexts

Since the 1970s, though, a new use of optics, meaning "appearances," has become increasingly common. Consider these examples:

"...the Democratic Party's planners have emphasized practicalities over optics and sentiment..."

"But there are also the optics of the state’s new chief executive managing the crisis..."

This new sense of optics is most often found in political contexts; it conveys a concern about the public's perception of a person, decision, or action, as opposed to that thing's reality. The word allows for a sophisticated distinction that can be made in our media-savvy world with a constant news cycle. In politics, appearances matter – and so do words that allow pundits to explain what they think is happening behind closed doors, where light can't always reach.