The Difference Between 'Hoard' and 'Horde'

Keep this close by in case you need it.

Hoard can be a noun or a verb, referring to a supply of something kept hidden away, or the act of collecting and storing said supply. A hoarder is usually someone who obsessively and unnecessary keeps things they do not need. Horde, on the other hand, refers to a large group of loosely organized people. Often horde carries the connotation of wildness or fierceness. 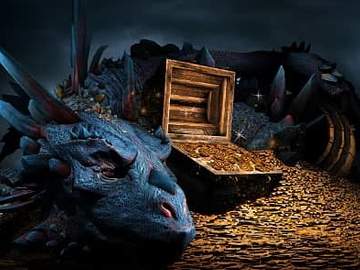 The five-letter homophones hoard and horde are occasionally confused for one another.

Hoard can be both a noun and a verb. A hoard of something is a supply kept hidden away:

As it turns out, the rare artifact that caught McLennan’s eye was just the tip of an archaeological iceberg: He and two friends had stumbled onto a hoard of more than 100 gold and silver objects—one of the biggest troves of Viking-era artifacts ever found in the United Kingdom.
— Nora McGreevy, Smithsonian, 16 Dec. 2020

In 1970, the Illinois Capitol was bemused, bewildered and startled by the disclosure that the late Secretary of State Paul Powell had left a hoard of more than $800,000 in cash ($5.2 million in today's dollars) in his Springfield apartment. The announcement was made by John S. Rendleman, chancellor of Southern Illinois University-Edwardsville. "He must have saved his money when he was young," said Democratic state Auditor Michael J. Howlett.
— The News-Gazette (Champaign-Urbana, Illinois), 31 Dec. 2020

The verb hoard means to means to collect something and keep it as a supply.

While there is no silver lining in the pandemic crisis, 2020 has shown all of us the value of being prepared. In the early days of the pandemic, we panicked, hoarded toilet paper and packed our pantries to deal with the uncertainty of shutdowns.
— Tara Parker-Pope, The New York Times, 7 Jan. 2021

And while the recent vaccine rollouts are good news for places like the United States, some advocates fear the life-saving drugs are being hoarded by rich countries, while the world's poorest will have to wait months and possibly years to see any doses at all.
— Petra Cahill, NBC News, 16 Dec. 2020

The noun hoarder is used for someone who has an obsession with collecting a large amount of something or a large variety of something for which that person has no real need, usually because the person can't bear the thought of parting with it. Obsessive hoarding is characterized as a psychological disorder.

People who are hoarders struggle to discard or part with possessions that others see as useless. They acquire and store vast amounts of stuff, which compromises the function and safety of their homes. When asked why, they will express the belief that the objects have either monetary or sentimental value, or that they may be useful in the future.
— The Lincoln Journal-Star, 15 Aug. 2020

The noun horde refers to a tribe of nomads, or more broadly, a large group of individuals loosely organized.

In "A Certain Doom," Hurst's Beta suffers a very specific doom in the form of a multi-layered death scene. Leading the Whisperers and a horde of zombies toward the Alexandrian survivors, Beta meets his maker at the hands of Negan (Jeffrey Dean Morgan) and Daryl (Norman Reedus), not to mention the hands of a few dozen walkers.
— Josh Wigler, The Hollywood Reporter, 4 Oct. 2020

The Van Osburgh marriage was celebrated in the village church near the paternal estate on the Hudson. It was the "simple country wedding" to which guests are convoyed in special trains, and from which the hordes of the uninvited have to be fended off by the intervention of the police.
— Edith Wharton, The House of Mirth, 1905

Freshman Matthew Hurt had a career game, with 25 points against Boston College, and his teammates were making sure he didn’t get too full of himself as the media crowded around him. Fellow Duke players threw things and shouted at him as the media horde got into position, then chanted “okay, okay” as he started to talk to the press.
— Shawn Krest, Sports Illustrated, 2 Jan. 2020

The Golden Horde was the name given to the group of Turks and Mongols (Tatars) that controlled the western part of the Mongol Empire in the 14th and 15th centuries, eventually overrunning parts of eastern Europe and Russia. From this association, horde carries the connotation of a throng or army whose members are fierce like warriors and perhaps uncultivated, and out to invade an area or hungry for something. It use becomes somewhat humorous when used for the kinds of people that are not as threatening as a real army (as in "a horde of teenage fans").

Hoard and horde are sometimes confused, so you might see "a hoard of shoppers" where horde would be appropriate (even though those shoppers might be hoarding), or conversely, "a horde of treasures" instead of hoard (even though the treasures might be looted by a horde).

The line between hoard and horde gets particularly blurred when the word is used simply to mean a large amount of something abstract, as in reasons or problems. Unless you are dealing with living creatures, hoard is the preferred spelling.