An in-depth chronicle of inadequacy

Unless you have somehow managed to live a life so exemplary as to invite incredulity, chances are very good that at some point you have heard the words “you’re pathetic.” No matter who said this to you (croquet coach, spurned lover, or dentist) it tends to leave a sting, the kind that has a habit of coming back to mind on those nights when sleep won’t come. We are here to lessen that sting, by means of a good old poultice fashioned of human kindness and semantic drift. 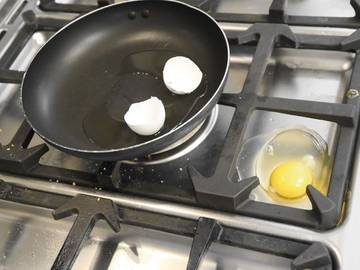 How do you even do that?

Pathetic, when employed in the sense above, tends to have the meaning of “pitifully inferior or inadequate,” or “absurd, laughable.” These meanings are relative newcomers; the use of pathetic to mean “inadequate” did not begin until the 19th century.

Hitherto, we have had nothing but speeches, declarations, vague technicalities, many violent threats, and some few pathetic attempts at a settlement.
— The New York Daily Herald, 14 Mar. 1850

There are a number of pathetic meanings that predate this, as far back as the 16th century. These include “evoking tenderness, pity, sympathy, or sorrow,” “exciting or stirring emotion or passion,” “passionate,” and the always useful “of or relating to the superior oblique muscle or the trochlear nerve.”

Heere may I sit, yet walke to Westminster
And heare Fitzherbert, Plowden, Brooke, and Dier
Canuas a law-case: or if my dispose
Perswade me to a play, I'le to the Rose,
Or Curtaine, one of Plautus Comedies,
Or the Patheticke Spaniards Tragedies.
— Edward Gulpin, Skialetheia, 1598

The pathetick Nerves, hid under the dura Mater, go out from the Skull at the same hole with the former.
— Thomas Willis, Five treatises, 1681

The word came into English from either the Middle French pathetique (as in Beethoven’s sonata of this name) or the Late Latin patheticus. We have remnants of these earlier meanings in the term pathetic fallacy, which refers not to an inadequate attempt at lying, but means "the ascription of human traits or feelings to inanimate nature (as in cruel sea)."

Pathetic can be traced back further to the Greek pathētikos, meaning “capable of feeling.” It was preceded, slightly, by the related pathetical (which has the same meaning as the early senses of pathetic, but seem to have fallen out of use before taking on the “absurd” or “inadequate” ones) and pathetically.

So when you’re lying awake in bed, musing on the time that someone called you pathetic, we recommend trying to convince yourself that whoever was calling you this must have either forgotten to add the -al to the end of the word, or was intending it in one of its earlier meanings.