The Creation of 'Serendipity'

The word's inventor was inspired by a fairy tale

Jane Austen didn't invent baseball. Charles Dickens did not invent boredom. Shakespeare did not invent hundreds of the words for which he is given credit. An author may be credited with the creation of a new word, but it's difficult to know the truth unless they admit to doing so in writing. 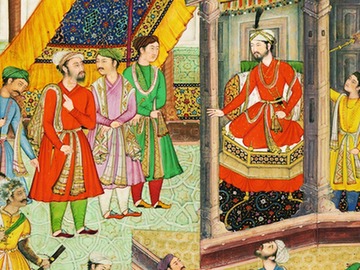 Walpole was inspired by a fairy tale called "The Three Princes of Serendip," an adaptation of the Persian poem "Hasht-Bihisht." 'Serendip' was an archaic name for Sri Lanka.

Yet we're pretty sure that Horace Walpole coined the word serendipity, as he explained his creation of this word in a letter written on January 28th, 1754:

This discovery, indeed, is almost of that kind which I call Serendipity, a very expressive word, which, as I have nothing better to tell you, I shall endeavor to explain to you…I once read a silly fairy tale, called “The Three Princes of Serendip”: as their Highnesses travelled, they were always making discoveries, by accidents and sagacity, of things which they were not in quest of…now do you understand Serendipity?

Walpole wrote a lot of letters (his collected correspondence contains more than 3,000), and his correspondence has provided considerable fodder for dictionaries of the English language. The Oxford English Dictionary records more than 200 words for which Walpole provided what is at this time the earliest known evidence, yet many of these words are otherwise largely unknown: when was the last time you heard someone use balloonomania or robberaceously in conversation?

Like these words, serendipity was obscure for a long time. It was rarely used until the 20th century, and we have no evidence of the adjectival form of the word, serendipitous, in use until 1910, when it appeared in a book on fishing:

With good luck you should catch a three-pounder, among others, with very good luck a four-pounder. Those who Horace Walpole, I believe, called serendipitous catch a five-pounder now and again. (An Open Creel, H. T. Sheringham, 1910)

Walpole never used this word as an adjective. But the possibility that the English language may have found itself graced with the addition of serendipitous because an author made a mistake may—depending on how broadly you choose to interpret the word—be an example of serendipity.