You may not know them, but they were once considered quite overused

What is a hackneyed phrase? Hackney may be a noun, adjective, or verb, and has a broad range of meanings, including “a horse suitable for ordinary riding or driving,” “done or suitable for doing by a drudge,” and “to make trite, vulgar, or commonplace.” Hackneyed when paired with phrase comes from this last example, as it is a descriptor often applied to things that are trite and overused, or to writing that your former English teacher simply didn’t care for. 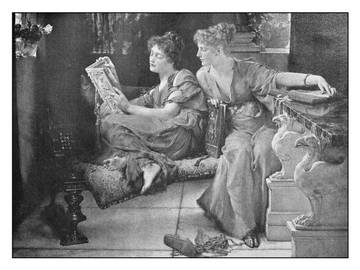 Stay tuned for now-baffling phrases like "the dreamy mazes of the waltz" and "neither fish flesh nor good red herring."

The origin of hackney is uncertain, although some have claimed that the word comes from the name of a former town in England. It came into English use around the 14th century, initially as a noun (the general purpose horse mentioned above). Some two hundred years later we began to use the word as a verb, initially referring to the riding of a general purpose horse, and later with the meaning of “to make trite.” The adjective form came about at the same time (late 16th century), meaning “banal.” In the middle of the 18th century hackneyed came into use, and replaced hackney as the adjective of choice for describing the overused aspects of life.

For the much-used hacknied expressions being now very imperfectly known, great care is required not to act in this case temerariously.
— W. Warburton, The Works of Shakespeare, Volume the Second, 1747

Some years past one of the hastily sprung-up and hot-bed patriots of Ireland, being agitated with violent throes for the oppression, sufferings, &c. of his poor bleeding country, (as the trite and hackneyed phrase in that kingdom is) declared publickly against abiding any longer in a realm where such corruption was prevalent.
— L****, A Comment on a Late Extraordinary Letter…., 1760

There is a kind of fatality, to use one of his own hacknied phrases, which persues Mr.—through all the mazes of his conduct in the inferiour sphere of politicks in which he moves.
— The South Carolina and American General Gazette, 2 Oct. 1769

…for it needed not the Assistance of the most skilful Occulist (to borrow one of the many hackneyed Metaphors of the Mechanic) to see that the Importance, if not the very Existence of some Incendiaries, depended entirely upon a Spirit of Faction….
— The Pennsylvania Gazette, (Philadelphia, PA), 29 Sept. 1773

We define hackneyed as “lacking in freshness or originality,” and one of the things that quickly becomes apparent when looking over the phrases, expressions, and metaphors of old that are described this way is that some of what previous generations thought of as hackneyed we today would view as simply obscure.

H. W. Fowler, in his 1926 A Dictionary of Modern English Usage, offers a good deal of advice under the heading “Hackneyed Phrases.” While some of the ones he cautions against (“too funny for words,” “my better half”) will be familiar to most readers today, others are not. “Curses not loud but deep,” “snapper up of unconsidered trifles,” and “hinc illae lacrimae” are not now in common enough use to be considered hackneyed. When Ernest Gowers revised Fowler’s work in 1965, he appears to have recognized that some of the despised phrases needed updating, and so removed the three mentioned above and replaced them with fresher material. However, at least some of the phrases considered hackneyed in 1965 are similarly now more in the category of ‘obsolete,’ for we rarely today encounter “in a Pickwickian sense” and “neither fish flesh nor good red herring” (two of Gower’s additions).

Fowler was not the first usage writer to warn against the overuse of hackneyed phrases; a number of writing guides in the late 19th and early 20th century had similarly (hackneyed phrase alert) taken up a cudgel against the trite and banal turn of phrase. In his Practical Hints for Young Writers, Readers, and Book Buyers (1897), Frederic Lawrence Knowles advised against using the following:

The cup that cheers but not inebriates (an offensive euphemism for tea).
Agitate the tintinnabulator (for ring the bell)
Chief cook and bottlerwasher (vulgar)

In the 1917 The Study and Practice of Writing English Margaret Ashmun and Gerhard Lomer warned about the following:

Were these hackneyed phrases so objected to by writing teachers that they became obsolete through censure? This is unlikely, as the same manuals which object to long-dead hackneyed expressions such as “succulent bivalve” also objected to “blushing bride,” “bated breath,” and “one fell swoop,” all of which have survived in modern use. Perhaps a more plausible explanation is that phrases come and go with time. This is, in a way, a pleasant explanation, for it means that the seemingly ubiquitous phrase you detest stands a fair chance of becoming archaic. You just have to wait 60 or 80 years for it to happen.