The entertaining history and usage of back-formations

Words come to be by various methods—breakfast and lunch beget the mash-up brunch; sushi gets borrowed wholesale from Japanese; eye begins as a noun but then gets to be a verb too. But a particularly interesting way we get new words is "back-formation": you take an existing word, remove a prefix or suffix, and voila: television (1907) becomes televise (1927). 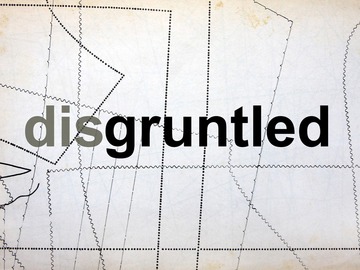 But they don't have to be verbs: the noun statistic is from statistics (1880 and 1770, respectively). Homesick comes from homesickness; earliest evidence of the original and the back-formation date to the same year, 1756.

The best back-formations are a little surprising. Escalate, as in "letting the argument escalate," dates to 44 years after the invention of the escalator in 1900. (Escalator was originally a trademark of the Otis Elevator Company.) Edit dates to 1791, which means that the word editor (1649) existed for 142 years before the editors had a good word to refer to what exactly it was they did. Eavesdropper (1487) too existed long before it was possible to admit that one was eavesdropping (1606).

And some back-formations seem to be in on the joke: gruntle is a verb meaning "to put in a good humor." It was coined in 1926 from disgruntle, which since 1682 had been meaning "to make discontented or ill-humored." The dis- in disgruntle is not the typical "to do the opposite of" dis-, as in displease; it's an unusual intensifying dis-. But that didn't matter to the clever writer who first sloughed off the dis- in the mid-1902s. (That writer likely knew nothing of another gruntle, a very old and very obscure word meaning "to grumble.") Similarly, flappable (easily upset) was made in 1968 from unflappable (not easily upset), but the latter had only been around since 1954.

Back-formation can also get a little sloppy, at least lexically speaking. In some cases, the prefix or suffix that's lopped off is not in fact a prefix or suffix at all. The word pea was formed by back-formation from the Middle English word pease. People mistakenly thought the \s\ in pease meant that the word was plural. In fact, pease was like butter or salt: a noncount noun at home in a phrase like "some pease" but completely wrong in a phrase like "many pease." But back-formation worked its magic and pea and its new plural peas eventually settled into the language like, well, two peas in a pod.