A Shakespearean comedy of errors 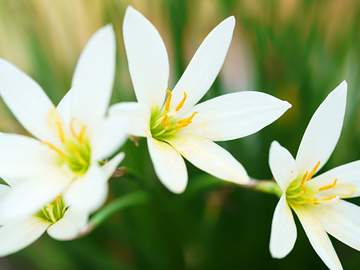 Mistaken identity in a Shakespeare play? Now we've heard it all.

We define gild the lily as “to add unnecessary ornamentation to something beautiful in its own right.” We do not attribute this to Shakespeare, as he never wrote this particular combination of words. Gild the lily came about as a mistaken version of a line from King John, which was “to gild refined gold, to paint the lily.”

Therefore, to be possess'd with double pompe,
To guard a Title, that was rich before;
To gilde refined Gold, to paint the Lilly;
To throw a perfume on the Violet,
To smooth the yce, or adde another hew
Vnto the Raine-bow; or with Taper-light
To seeke the beauteous eye of heauen to garnish,
Is wastefull, and ridiculous excesse.
— William Shakespeare, King John, 1623

Gild, for those who are wondering, may be defined as “to overlay with or as if with a thin covering of gold.” In the 18th and early 19th centuries we see evidence of writers using paint the lily, throw a perfume on the violet, and gilding refined gold, as examples of adding unnecessary ornamentation.

The work now submitted to the public stands in a very different predicament from any I have mentioned, or alluded to; for though it can neither help us “to paint the lily,” or “throw a perfume on the violet;” it may, by an humble attendance on, give a consequence to, or by its meanness degrade, the company it has had the temerity to intrude into.
— F.G. Waldron, Continuation of Ben Jonson's sad shepherd, 1783

But this luxuriance of proof and instance is painting the lily and gilding refined gold; the evidence is perfectly irresistible.
— Monthly Magazine (London, Eng.), Aug. 1826

By the middle of the 19th century we begin to see the order get a bit mixed up, and writers begin to refer to the lily as the thing to be gilded.

To praise her, besides, would be gilding the lily, painting refined gold, or something of that sort.
— Harry Zona, Wilkes’ Spirit of the Times (New York, NY), 11 Aug.1866

To remark upon or add anything to this eminently tasteful and patriotic e=sentiment, would—in the words of one of our local orators of former days—be to “gild the lily and paint refined gold.”
— The Times of India (Mumbai, Ind.), 18 May 1872

To sketch the Hon. Edward Spicer Cleveland is as impossible and superfluous as to gild the lily.
— Hartford Daily Courant, 29 Sept. 1886

The reason we enter the not-as-Shakespeare-wrote-it version of this idiom is because it has become far more common than paint the lily (although you may use this as well). Our dictionary aims to provide a record of the language as it is currently used, rather than a record of how Shakespeare wrote (although these two things do often overlap). Some have speculated that gild the lily has been so successful because the repeated -il sounds of gild and lily make it memorable.

You may continue to use gild the lily, and if anyone points out that you are misquoting Shakespeare you may simply inform them that you are using a well-established English idiom, and not misquoting anyone. Or you can reply with an accurate quote from Shakespeare; we’ve always been fond of a certain line from Coriolanus: “I Find the Ass in Compound with the Major Part of Your Syllables.”