We've got a great show for you tonight

"The Postmates guy is downstairs with my Taco Bell."

Phrases like this are quite common in the gig economy. The term describes a sector of the service industry primarily devoted to work done on a freelance or temporary basis. 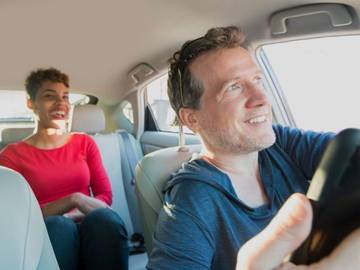 Rana is one of the 23 million Americans who work in the gig economy are making money but missing out on the other standard benefits of having jobs: health care, primarily, but also paid sick leave and worker’s compensation as well.
— Alana Semuels, The Atlantic, 6 Nov. 2017

The gig economy gets its name from each piece of work being akin to an individual 'gig' – although, such work can fall under multiple names. It has previously been called the "sharing economy" — mostly in reference to platforms such as Airbnb — and the "collaborative economy". However, at its core are app-based platforms that dole out work in bits and pieces — making deliveries, driving passengers or cleaning homes — leading some to prefer the term "platform economy".
— Nicole Kobie, Wired UK, 11 July 2017

You might have first heard about the gig economy when ride-sharing apps like Uber and Lyft became popular, or the first time you rented lodging through Airbnb. But thanks to the preponderance of other app-based platforms such as TaskRabbit, the term has expanded to other lines of work; now you can hire yourself out for handyman work, for cleaning, for grocery shopping or making deliveries. It's become an appealing way to make a living for those who seek flexible hours or the independence that comes with being self-employed.

In many ways, the gig economy isn't new, nor did it arise strictly as a result of apps; there are many jobs that have traditionally been performed on a pay-as-you-go basis, such as babysitters or repairmen, or freelance writers. Gig has a number of senses in English, including a horse-drawn two wheeled carriage, as well as the "whirling top" sense that gives us whirligig.

The gig in gig economy can be ascribed to the sense of gig traditionally used for musical performances ("The band has a gig in town next week"). Early use of the term traces to single-occasion jazz performances (also known as one-night stands) in the 1920s. Before then, the word saw sporadic use as a casual way of referring to one's general situation, with occasional vague reference to work:

"What's your game?" The Property Man's tone was unpleasant. "I'm champion paper tearer of the West," said Charlie. "I pass," said the Property Man. "What kind o' gig is that?"
— Helen Green, The Maison de Shine: More Stories of the Actors' Boarding House, 1908

Although some have speculated that gig is short for engagement, our etymologists have concluded that the ultimate origin of the word is unknown.

What we know for sure is that there's an app for everything, and that likely won't change for a while.