A New Meaning of the Verb 'Ghost'

They've ghosted, but they haven't died. What's going on?

You meet someone at a party and exchange numbers. You go on a few dates, and things seem to be going well. You think things are moving forward—and then you never hear from that person again. They won't answer your texts, phone calls, chat messages. They've ghosted. 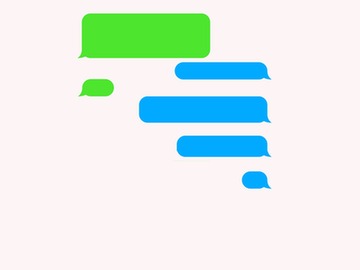 The electronic aspect of ghosting is clear—refusing to answer or even read texts, letting calls go to voicemail

Ghosting (the noun) and ghost (the verb) both describe this phenomenon of leaving a relationship of some kind by abruptly ending all contact with the other person, and especially electronic contact, like texts, emails, and chats. Ghosting itself has gotten quite a bit of attention over the last year, but we have evidence of this use of ghost that dates back to 2006. Our earliest citations make the electronic aspect clear—setting your IM status to "invisible" so you won't be obliged to answer, refusing to answer or even read texts, letting calls go to voicemail.