From time immemorial there has been the power on the throne and the power behind the throne — a fact not lost on former President George H. W. Bush when he spoke recently about influences on his son George W. Bush’s presidency.

The first President Bush was critical of the role played by two of his son’s top advisors, Vice President Dick Cheney and Secretary of Defense Donald Rumsfeld. He even brought the vice president’s wife, Lynne Cheney, in for criticism:

"You know, I've concluded that Lynne Cheney is a lot of the éminence grise here…" 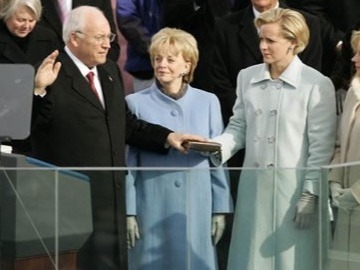 A lot of the what? First off, we believe in cutting elder statesmen some slack, but no, that’s not the way éminence grise, or its anglicized version, gray eminence, is usually used. The phrase usually refers to a person, in particular, a person who exercises unofficial power usually behind the scenes, and usually not to the activity that such a person engages in. So to speak of “a lot of the éminence grise here” is going to sound unusual to many ears.

And that is probably just one of the many reasons why, as we previously noted, look-ups for éminence grise spiked on Merriam-Webster.com on November 5, when news of this comment became public. There is a lot to unpack here.

The phrase éminence grise was first applied to a French Capuchin monk Francois-Joseph le Clerc du Tremblay, better known as Père Joseph, who served as personal secretary to France’s Cardinal Richelieu in the 1600s and was one of history’s most famous instances of unofficial power exercised without public acknowledgement.

The politically ambitious Cardinal Richelieu was chief minister of King Louis XIII and a powerful figure in the royal court. Although Père Joseph’s official role was that of personal secretary to the cardinal, he was also Richelieu’s personal confessor, general confidant, and secret agent. As the two became feared powers in the court, their rivals created nicknames for them. Richelieu was referred to as L’Éminence Rouge, “the red eminence,” for his red cardinal’s robes; Père Joseph was called L’Éminence Grise, “the gray eminence,” from the gray habit of the Capuchins. The eminence part of their names comes from the honorific title Eminence, traditionally used to address a cardinal.

After his death, Père Joseph continued to be referred to with this nickname by historians, but the generic use of the term does not appear until the 1920s. Webster’s Second New International Dictionary, published in 1934, includes what may be the earliest definition:

But that’s not the end of the story. Around the middle of the 20th century, both éminence grise and gray eminence started to take on additional meanings. The gray part of the name was taken to refer to gray hair, and the eminence part to mean “someone who is successful and respected.” Hence the word took on a range of new meanings, including “senior advisor,” “elder statesman,” “leading expert,” or “grand old man.” It took time for lexicographers to detect this shift, and it wasn’t until 2003 that we entered the new meaning in our dictionary, and we are still one of the few dictionaries to recognize the new meaning:

Nowadays some of these elder statesmen have a very public presence, as in this reference to a prominent political commentator:

or this reference to Joe Biden:

Political pundits and consultants argue that a Biden run could further complicate the picture for Clinton, providing an alternative … in the form of a tested statesman who, at 72, many consider the Democratic Party's eminence grise. – Michelle Conlin, Reuters, August 25, 2015

And with that, we have come a long way – from the shadowy figure working behind the scenes to the very well-known figure working in the spotlight. Getting back to George H. W. Bush, he was clearly using the term in its original sense, as one might expect from someone who served in government for so long and who was no stranger to governmental intrigue. But given his own status of elder statesman, he probably also has a good understanding of what it takes to be an éminence grise in either sense. So if wants to talk about “a lot of the éminence grise here,” we think we should let him. 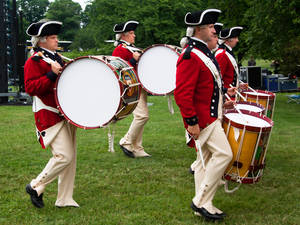