Both furlough and lay off are used to mean “to cease to employ (a worker) often temporarily,” and are used interchangeably. They are also used as a euphemism for “to fire,” so specific details should be used to clarify the intended meaning when using these terms. 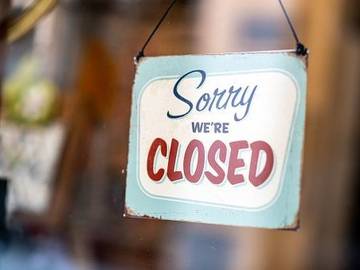 Is there a difference between furlough and lay off? Unlike recession and depression, this pair of words has not prompted a series of jokes explicating the ways in which they differ, perhaps because they are often used in a vague and interchangeable manner.

Usage of 'Furlough' and 'Layoff'

Workers who are furloughed -- implying a short-term job loss -- must be reported under the WARN Act and counted as layoffs. "'Furlough' and 'layoff' have no specific legal meaning," Irvine employment attorney James McDonald said.
—Margot Roosevelt, Los Angeles Times, 27 Mar. 2020

We define furlough as “to cease to employ (a worker) often temporarily,” and lay off as “to put (a worker) on furlough; to lay off (a worker) for usually a brief or temporary period.” Some people will specifically use both words in the sense of ‘ceasing to employ someone for a definite period of time.’

"This affects us dramatically," said Joey Canavati, manager of the 58-room Alexander Hotel in Bethlehem. "Our workers are essentially laid off for the next 14 days.”
—National Post (Toronto, Can.), 5 Mar. 2020

However, it is also not uncommon to see furlough and lay off used as a euphemism for fire, to refer to a cessation of work for an indefinite, or permanent, duration.

Bayer has notified the state that it will permanently furlough 487 employees by the end of December, nearly a year after announcing the closure of the German company's North American headquarters in Robinson.
—Kris B. Mamula, Pittsburgh Post-Gazette, 12 Sept. 2019

H&M warned Monday that it may need to permanently lay off workers as it wrestles with the financial implications of the virus.
—Chicago Daily Herald, 24 Mar. 2020

Given the ambiguity of the matter is there a difference between furlough and lay off? There is one certain, albeit flippant, answer: yes, they are spelled differently. If one wishes to be sure of what the precise meaning of these words it is perhaps best to ask for clarification from the person who has used them.