Let's get them in order 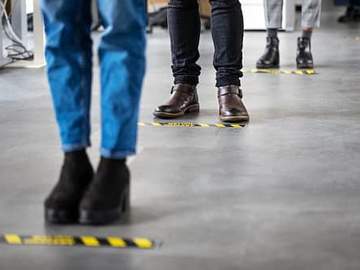 We have the first and last words on this.

The Meanings of 'Former' and 'Latter'

Many usage guides, when addressing the words former and latter advise that if you must use these words their use should be restricted to groups of two things, and two things only. We define the relevant sense of latter as “of, relating to, or being the second of two groups or things or the last of several groups or things referred to” and former as “first in order of two or more things cited or understood.” Please note that although each of these definitions uses the word two we allow the possibility that each of these words may refer to a number that is greater than two.

‘But the rule is so neat and simple!’ someone out there is exclaiming, in between bouts of rending their garments and gnashing their teeth; ‘why can’t you just say that former is the first of two and latteris the second of two?’ Well, we could say that, but it wouldn’t be very honest, since this isn’t exactly the way that people use these words. We do not make the rules about language (and neither do you, angry person who is reading this); we simply do our best to accurately describe how words are used. And while former and latter are usually employed in reference to groups of two things, there are many occasions where they are applied to larger numbers.

…there were three sorts of recruits:…The former of these probably joined with a view to an eventual captaincy.
— Times Literary Supplement, 30 Dec. 1949

Goldfish, I should explain, are a recurring presence in this hyperactive sugar-rush of a picture, along with two understandably confused-looking actors from the American television teen drama Beverly Hills 90210 and clips from John Frankenheimer's 1962 film The Manchurian Candidate. Of the three, only the latter makes any sort of sense at all.
— Matthew Bond, Mail on Sunday (London, Eng.), 16 Oct. 2005

An important point we should make here is that our noting that people often use former and latter in reference to a part of a group that is larger than two is not the same as our exhorting you to replicate this use. You may use former to indicate the first of a group of three, and we won’t think any the less of you for this, but someone else might, and you should be aware that many usage guides frown on such use.

There are other words one might use in such settings, such as first or last (or last-named). In fact, some guides go so far as to recommend avoiding the use of former and latter altogether, on the grounds that the words may unnecessarily draw the reader’s attention backwards, and in doing so interfere with smooth reading. You should remember that former and latter function as conveniences for the writer, and may be potential nuisances for the reader unless handled with care. In some cases you will be better served by repetition of the word or phrase that former or latter might replace.