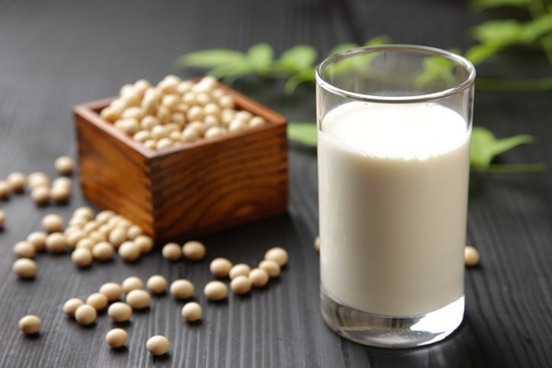 There have been numerous attempts to have the use of the word milk restricted to “a fluid secreted by the mammary glands of females for the nourishment of their young,” at least when labelling a product intended to be consumed.

This much is undisputed: Soybeans do not lactate. So soy producers shouldn't be calling their beverages "milk," according to the National Milk Producers Federation, which filed a complaint with the Food and Drug Administration in February seeking to banish the terms "soy milk" and "soymilk" from grocery shelves and dairy cases.
— Cindy Skrzycki, Austin American-Statesman, 12 Mar. 2000

We have the ‘mammary secretion’ definition of milk as the oldest sense of the word, but it is by no means the only one which applies to liquid. We also define milk as “a food product produced from seeds or fruit that resembles and is used similarly to cow's milk” and “a liquid resembling milk in appearance: such as the latex of a plant.” We have been referring to a liquid formed with ground almonds as almond milk since the 15th century, and milk has been used to describe the secretion of some plants well before that.

Also it is good agaynst the cough yf … be soden in water of barley with Almond mylke and penycles put therto.
— Anon., _The grete herball, 1526 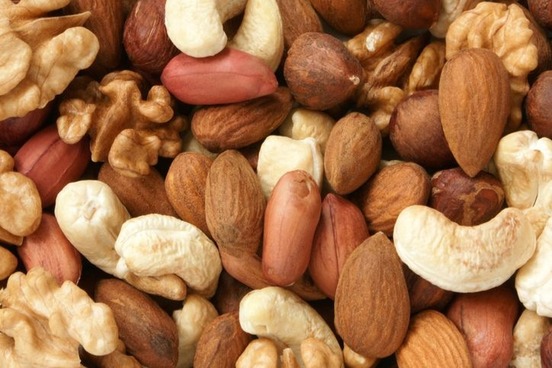 The earliest meaning of meat, dating back to Old English, was simply “food,” especially “solid food as distinguished from drink.” The word is today more commonly associated with the flesh of an animal, typically mammalian. Some people would prefer that the word be used only in the narrower sense.

However, meat been used for non-fleshy things for over a thousand years, and has numerous shades of meanings in this regard (such as referring to the edible portion of nuts), making it unlikely to be confined to the ‘edible flesh of a mammal’ sense anytime soon.

When the Meat of the Nut grows rancid, they express an Oyl serviceable for their Lamps.
John Fryer, _A new account of East-India and Persia, 1698 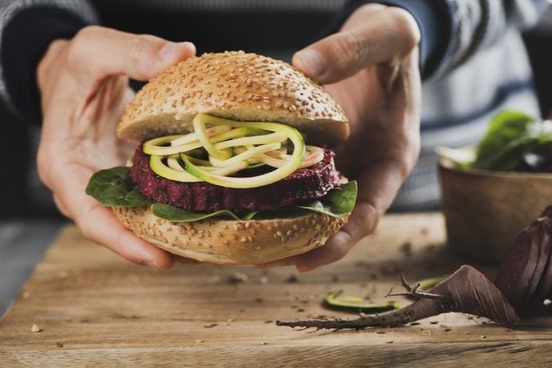 We offer two definitions for burger: “hamburger” and “a sandwich similar to a hamburger.” Now while we love ambiguity as much as the next reference work, that is not why we define this word in such a fashion. We do so because people have, for a considerable length of time, been using the word burger in a variety of ways (even though this occasionally makes people sad).

Meat producers aren't too happy with the Beyond Burger and the Impossible Burger. The two plant-based burgers are famous for how well they can substitute for meat - they even "bleed" thanks to ingredients such as beets, which replicate the color of a burger's juices. But industry lobbyists are ramping up their efforts to prevent these companies from being able to use the word "burger." Last year, Missouri passed a law that penalizes companies that label plant-based products with certain animal meat descriptions, such as "ground beef style," with fines or jail time.
— Washington Post Blogs, 11 Apr. 2019

The humble nutburger (“a patty containing ground nuts”) may sound like it is a product of modern-day dieting trends, but the word has been in use consistently since the 1930s.

Roadside stands that specialize in “hamburger,” “chickenburger,” “turkeyburger,” and “nut-burger” are beginning to bore us to death, and we get a chuckle out of all those super-ultra fancy “3.2” beer signs that have to come down, now that everything’s back.
— The Brooklyn Daily Eagle, 13 Jan. 1934

But our favorite eating places are the drive-ins, where you can eat a hamburger, a nutburger or just a burp.
— Hedda Hopper, The Washington Post, 13 Dec. 1939 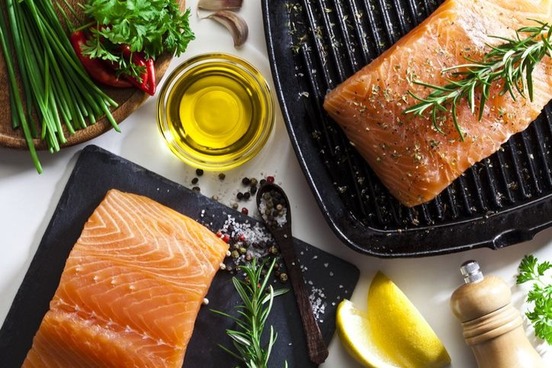 We have had steak in our language since the 15th century, at least, and for the entirety of the word’s time in English it has had the meaning of “a slice of meat cut from a fleshy part of a beef carcass.” Along the way steak has found itself applied to edible portions of other animals, and occasionally to non-animalian food, as well. Additional definitions include “a similar slice of a specified meat other than beef,” “a cross-section slice of a large fish,” and “a thick slice or piece of a non-meat food especially when prepared or served in the manner of a beef steak. ”

The sense applied to non-meat foods is perhaps newer than some of the others, having been recorded only since the late 19th century.

The endeavour to acclimate bird’s-nest soup and other dainties from Pekin and Canton has put the Vegetarians on their mettle, and they in turn have now had a “demonstration” in favour of onion soup, vegetable steak—whatever that may be—potato pie, hominy pudding, and other delicacies of a blameless and non-animal order.
— The Times of India (Mumbai, Ind.), 16 Aug. 1884 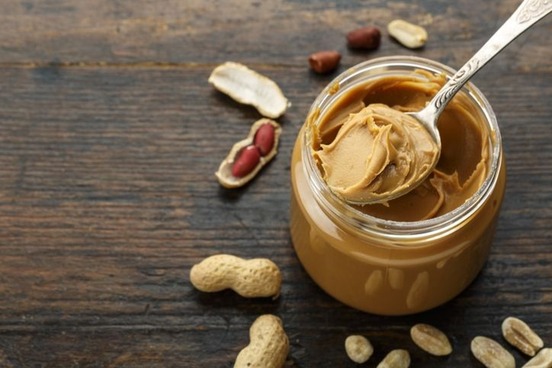 It might be assumed that butter is a valued member of the English language’s idiom club, as the word comes up in a large number of expressions and fixed phrases. We have the butter-and-egg-man (“a naive prosperous businessman”), like a hot knife through butter (“very quickly and easily”), know which side one's bread is buttered on (“to know how to act or how to treat others in order to get what one wants”), and a number of others. All of these uses of butter employ the sense of the word defined as “a solid emulsion of fat globules, air, and water made by churning milk or cream and used as food.” This sense is occasionally held to be the true meaning of butter.

The ukase came from the EC, which seeks to prohibit any use of the word ''butter'' in any television advertisement other than one that is actually advertising the butter, the whole butter and nothing but the butter, and if I were not afraid of being sued for libel, I would robustly declare in this very parenthesis that the entire EC staff in Brussels must have been bribed silly by the butter interests.
— The Times (London, Eng.), 16 Jan. 1992

We have, of course, long used butter to refer to sticky foods made from things other than milk and cream. Fruits and nuts are among the substances more commonly found described thusly.

A peanut butter, first designed for invalids, but now sold with other food products, is made simply by crushing the nuts into a paste and adding water.
— Chicago Daily Tribune, 2 Jul. 1897 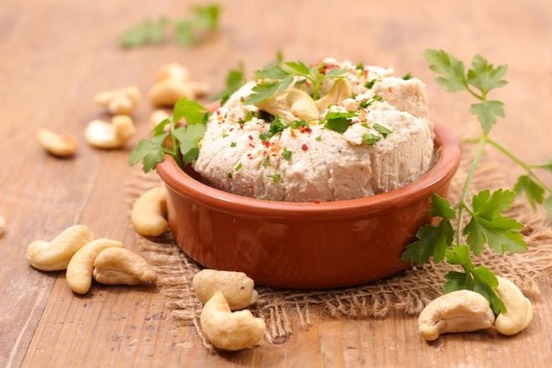 Cheese was defined rather poetically by the great 20th century essayist Clifton Fadiman as “milk’s leap toward immortality”; our definition, somewhat more prosaic, is “a food consisting of the coagulated, compressed, and usually ripened curd of milk separated from the whey.” We also define the word as “something resembling cheese in shape or consistency”; there are, it will surprise you not at all, some who would prefer that this definition were not necessary.

Blue Heron, a small vegan cheese shop in Vancouver, has been told by the Canadian Food Inspection Agency that it must stop using the word "cheese" to market its products. In an e-mail sent on Jan. 21, a CFIA staff member said it had received a complaint about "products being labelled as 'cheese' when they are allegedly not." In follow-up correspondence shared with The Globe and Mail, the company was also told that it could not use hyphenated modifiers (i.e. plant-based, dairy-free vegan cheese) - even though many small businesses across Canada use similar product descriptions, some with approval from the CFIA.
— Alexandra Gill, The Globe and Mail (Toronto, Can.), 20 Feb. 2019

We have been making cheeses from things other than milk for a very long time, and referring to them as cheese since at least the 17th century.

To make an Almond Cheese. Take almonds being beaten as fine as marchpane paste, then make a sack posset with cream and sack, mingle the curd of the posset with almond paste, and set it on a chafing-dish of coals, put some double refined sugar to it, and some rose-water; then fashion it on a pie-plate like a fresh cheese, put it in a dish, put a little cream to it, scrape sugar on it, and being cold serve it up.
— Robert May, The accomplisht cook, 1660 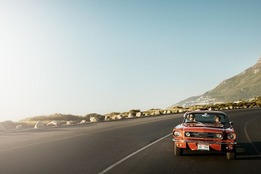