Let's say you're on the Internet. You have lots of interests and a near-limitless amount of information on them available at your fingertips. How do you keep track of it all?

Folksonomy is a term that arose in English with the preponderance of social media sites like Pinterest, where users can cultivate and organize their own content in a way that makes sense to them. 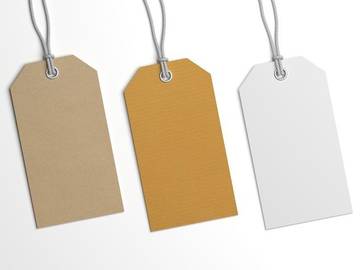 Tag it however you want.

The –onomy in folksonomy comes not from economy but taxonomy. Taxonomy is a system for classifying things. It can encompass any subject, but we use it frequently for the hierarchical system of classification devised by Carol Linnaeus, in which living organisms are placed into a series of categories according to their presumed natural relationships, with kingdoms divided into phyla, phyla into classes, classes into orders, etc.

Occasionally we think of other subjects in the same manner:

There’s obviously a ton of different types of superheroes — what are the classifications, the sort of taxonomy of different Avengers superheroes?
— Karen Turner, Vox, 27 Apr. 2018

Folksonomy refers to the means by which people organize various elements according to their own systems. The term was coined in 2004 by an information architect named Thomas Vander Wal, who applied it to techniques of searching and retrieving information using collaborative classification methods across social networks.

Launched in 2008, the Library of Congress’s Flickr Commons project allowed for tons of mid-quality digitizations to be uploaded under a “no known copyright restrictions” license (code for “this is either an orphan work or in the public domain—we’re not really sure”). The Library also asked users to attach their own descriptive text to the images. This metadata, or “folksonomy” (a user-generated taxonomy) helped identify subject matters, locations, times, people, and other tidbits that might help track down intellectual-property owners.
— Allana Mayer, JSTOR Daily, 14 Oct. 2015

For example, someone listing their collection of books on a site like Goodreads or LibraryThing might tag them with categories that make sense to that user, e.g.: “Vacation Reads,” “Book Club,” “So Bad I Couldn’t Finish It,” etc. Whereas another user might tag the same book differently: “Quirky Memoir” or “Road Novel” or “Can’t Wait to Read Again.” These categories are likely to be different from more neutral categories prescribed by, say, the Library of Congress or the Dewey Decimal System, which are available to everyone.

Categories aren’t going to be the same for all users, and by their very nature they cater more to our personal impressions of things. "People aren't really categorizing information," Vander Wal is quoted as saying. "They're throwing words out there for their own use." But when a large number of people share those labeling words, you start to see places where they intersect. So while what is being tagged is a book or a photo, the tag also reveals something about the idiosyncratic way that humans receive impressions and remember things.

Folksonomy takes the second part of taxonomy and adds folks, the plural of our noun folk, meaning “people” or “a certain class of people” (as in “young folks”). Retaining the s causes folksonomy to echo the \ks\ sound in taxonomy, as well as to remind one of folksy, an adjective meaning “sociable or friendly” (perhaps appropriate for social networks—or perhaps not) as well as “informal, casual, or familiar in manner or style” (appropriate for an ad-hoc system of organizing things). Feel free to file all this info wherever you please.