On fleek or not, fleek is a word worth knowing

Born* in a Vine video on June 21, 2014, the term fleek is a busy word. It was originally (and still is most commonly) applied to perfectly-groomed eyebrows, but the word has been used to describe everything from hash browns to skateboards. 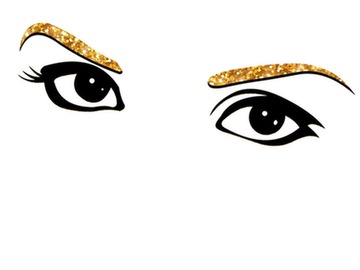 Eyebrows—the original things that were on fleek

(*"Born" isn't quite true; there's some earlier evidence of the term in use, but not with the meaning that's caught on.)

Fleek does usually appear in the phrase on fleek. Like the phrase on point, it's used to mean basically "perfectly done" or "exactly right." Here it is, out in the wild ("wild" here being "Twitter"):

And applying to those beautiful brows:

Yep, looks like fleek is still on fleek. In fact, "on fleek" was nominated by the American Dialect Society for its 2015 "Word of the Year" in the "Most Likely to Succeed" category.