Snuffing Out Confusion Between 'Flare' and 'Flair'

Flair is only used as a noun referring to a natural ability, an inclination toward something, or an attractive or stylish quality. Meanwhile, flare can be used as both a noun and verb. As a noun, it refers to fire or light, something that bursts outward (such as anger), or something that widens. The verb usage corresponds to the noun meaning "to produce light or fire" as well as "to burst or spread out." 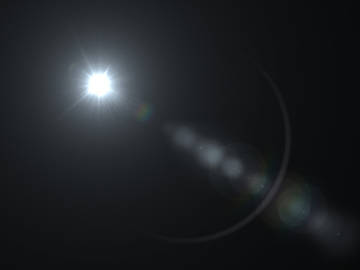 We need to talk about your flair.

The incorrect use of a homophone—a word that is pronounced like another word but different in meaning or spelling—is always seen, never heard. A troublesome pair of homophones for some writers is flare and flair. Here are some examples of homophonic confusion:

While the 49ers tried to keep the distractions to a minimum, there was a slight flair up between two of the team's biggest stars….
— The Monterey County (California) Herald, 29 Jan. 2020

After retiring from pro baseball…, Williams turned his longtime hobby for music into a career that's included performances at jazz festivals and composing works with a Latino flare that pay homage to his Puerto Rican heritage.
— Newsday (New York), 12 Jan. 2014

This confusion is understandable (but will be noticed in writing)—the words sound alike. On paper and screen, they are distinct, and a way to avoid misspelling them is to connect meaning with word formation. That being the case, we welcome the opportunity to speak with you—writers who experience occasional uncertainty on which spelling to use and you, logophiles, looking for some lexicographical trivia—on the words flare and flair and their unique histories (or lack thereof) and usage.

The Meaning of 'Flair'

In regard to meaning, flair has not flared out like flare. It is used solely as a noun (note: flare is the only word used as a verb in this pair) and has a few basic meanings referring to a natural ability to do something, an inclination toward something, or an attractive quality.

She has a flair for storytelling.

He has a flair for the dramatic.

The restaurant has a European flair.

The server served our food with flair.

This basic word has an unexpected history. In Middle English, flayre (as flair was then commonly spelled) was used to refer to odor. (The word derives from the Old French verb flairer, "to give off an odor.") In short time, this sense fell into disuse; however, in the 19th century, English picked up flair again from French—this time (influenced by modern French use of the word for the sense of smell) to indicate a discriminating sense or instinctive discernment. Agatha Christie gives evidence of this use in The Mysterious Affair at Styles. "As a detective," she writes of Hercule Poirot, "his flair had been extraordinary, and he had achieved triumphs by unravelling some of the most baffling cases of the day." Flair referring to stylish appeal debuts later. Some readers might recall the unique use of this sense in the movie Office Space (1999) in reference to eye-catching pins that add flair to the uniforms worn by restaurant servers.

Stan, Chotchkie's Manager: We need to talk about your flair.
Joanna: Really? I... I have fifteen pieces on. I, also...
Stan: Well, okay. Fifteen is the minimum, okay?
Joanna: Okay.
Stan: Now, you know it's up to you whether or not you want to just do the bare minimum. Or ... well, like Brian, for example, has thirty seven pieces of flair, okay. And a terrific smile.
Joanna: Okay. So you ... you want me to wear more?
Stan: Look. Joanna.
Joanna: Yeah.
Stan: People can get a cheeseburger anywhere, okay? They come to Chotchkie's for the atmosphere and the attitude. Okay? That's what the flair's about. It's about fun.

And wrestling fans might recall "Nature Boy" Ric Flair who showed flair in the ring.

The Meaning of 'Flare'

Flare, on the other hand, has multiple meanings. It is used as a noun in reference to a light that shines brightly and briefly ("the sudden flare of a match"). Flare also specifies a very bright light to signal, illuminate, or attract attention, as well as a device that produces such a light; the latter is familiar in contexts involving an emergency, as in "The rescue team shot a flare into the sky to signal that they found the lost hikers." The word also designates a place or part that spreads outward, such as the widening bottom of a vase. Plural flares is the name for pants with legs that become wider at the bottom like the bottom of a bell (a.k.a bell-bottoms). Figuratively, the word is commonly applied to sudden emotional outbursts ("the flare of tempers in the courtroom"). There are other uses of this noun, but you get the gist: flare, bursting into 19th-century English from an unknown source, has meaning indicating fire or light, the act of suddenly spreading or bursting outward, or something that widens.

Verbal use of flare comes to light earlier than the first known use of the noun, but the two have corresponding meanings. Examples of the verb are:

A match flared (up) in the darkness.

Tempers flared during the debate.

She flared up at the rude remarks.

The dancer's skirt flared (out) as she twirled.

His nostrils flared as he breathed in and out.

Another sense (often used in medicine) is "to become suddenly worse or more painful"—for example, "His eczema flared up again." This, too, has a related noun use but one that more commonly occurs as flare-up.

China Finds a Flare-Up of Coronavirus Infections Near Russian Border
— New York AM, headline, 10 May 2020

The flare of this article on flare and flair is weakening—thus, we conclude. Only flare functions as a verb, and its present participle flaring ("flaring nostrils") and past participle flared ("flared jeans") serve as adjectives. Flare, as a noun, refers to fire or light and spreading or widening; it can also indicate a sudden occurrence (alluding to things uncontrollably going up in flames). Flair, on the other hand, is not a verb, only a noun that is usually followed by for and that refers to talent, inclination, tendency, or style. The flair for distinguishing flare (light/outwardness) from flair (ability/style) has been sparked as ours has come to an end.