At last we meet.

What is the Final Girl?

The final girl is a trope in horror movies, referring to the female protagonist who remains alive at the end of the film, after the other characters have been killed, when she is usually placed in a position to confront the killer. 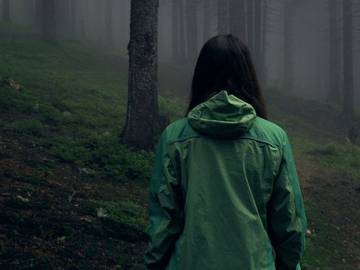 Careful. This is the moment when the supposedly dead killer comes back to life, for one last scare.

“It has been a banner year for excellent horror films, which seems at times appropriate, given the horrors of this calendar year — shootings, war, natural disaster, an unprecedented presidential campaign. When it feels like the world is going to hell in a hand-basket, there’s catharsis to be found in a horror film where the final girl fights off the bogeyman.”
— Katie Walsh, Tribune News Service, 26 Aug. 2016

Emma Roberts’s Brooke has all the defining characteristics of a Final Girl: virginal and sweet with a tragic backstory and briefly glimpsed steel core. With Brooke, the creators are taking their narrative cues from Friday the 13th’s Alice Hardy, Halloween’s Laurie Strode, and A Nightmare on Elm Street’s Nancy Thompson.
— Alan Kelly, Film Daily, accessed 23 Oct. 2019

The term is credited to Carol J. Clover, a professor of Scandinavian and Comparative Literature at University of Caliornia-Berkeley, who used final girl to describe such characters in her book Men, Women, and Chain Saws: Gender in the Modern Horror Film (1992), which explores the similarities and differences in how male and female audiences engage with the horror film genre.

While the characteristics of who is labeled a “final girl” vary among theorists and critics, traditional examples of such characters in popular American cinema include Sally Hardesty, portrayed by Marilyn Burns in The Texas Chain Saw Massacre (1974), and Laurie Strode, first portrayed by Jamie Lee Curtis in the original Halloween (1978).

I went to the set of the new Halloween and wrote about erasing history, the return of the final girl, and the future of the slasher genre. https://t.co/J1gKzDzYaL

This. Is. Brilliant. "On her own, the final girl is just a trope. Pluralized, she becomes the resistance." The importance of Laurie Strode, played by @jamieleecurtis, in 1978 and today. By @AnnHornaday https://t.co/jMHw5pgaxN