The richness of English vocabulary is partly due to the subtle shades of meaning expressed by words that are similar enough to be called synonyms but rarely used interchangeably:

The most common and basic words in English, such as the so-called helping verbs or auxiliary verbs have, be, may, can, and do, provide functions that are not duplicated by synonyms. But when a word happens to derive from one of these function words, its synonym is almost surely used in a more narrow and specific way. Such is the case with the twin words doable and feasible. 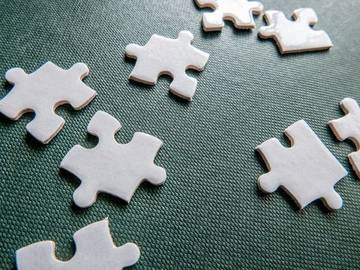 The verb do is as old as English itself, one of the workhorses of the language. After the Norman Conquest, the Latin-derived French ending -able was added to create doable, formed at the very moment that a parallel and more formal French term was also being introduced to English: feasible comes from faire, the French verb meaning “to do.” Doable and feasible therefore originally meant literally the same thing: “capable of being done.”

And yet, from the beginning, feasible seemed to be used when describing more abstract notions. The words it most commonly modifies include:

The words used in some definitions for these synonyms express this distinction: doable means “practicable” and feasible means “possible.” As is so often the case, the term derived from Latin is used when an element of abstraction, distance, and technical specificity is needed. The more earthy, Old English-derived doable is rarely used in formal writing, and is not found in the works of Shakespeare, the King James Bible, or any of the founding documents of the United States.

This abstract use of feasible also accounts for the word that expresses a putative, conceptual, or hypothetical state: feasibility. Notice that it is used here, in this early example, in contrast with practicable:

The Lords and Commons assembled in Parliament, having by severall Certificats from credible men received full satisfaction, not onely of the feasibility of a late invention of double and multiple writing, found out and discovered by the industry of William Petty, and by him made practicable by Instruments, and means of severall natures and fashions, but also of the great use and profit which may redonnd to the Common-wealth in generall.
— William Petty, A Declaration Concerning the Newly Invented Art of Double Writing, 1648

Indeed, we frequently encounter feasibility study but not doability study (although doability is a word that is sometimes used, it hasn’t yet been added to most dictionaries). The technical specificity of usage for feasible connects it to related words used in legal contexts and some close cousins of feasible: malfeasance, meaning “wrongdoing” or “misconduct”; misfeasance, meaning “trespass” or “the performance of a lawful action in an illegal or improper manner”; nonfeasance, meaning “failure to do what ought to be done”; and feasance itself, a now-obsolete legal term meaning the “doing” or “execution” of an obligation or duty.

Though their etymological meanings may overlap, doable and feasible exist more in parallel with each other than as true synonyms. As long as something is just an idea, it’s feasible. When it’s time for action, we need to find out if it’s doable.