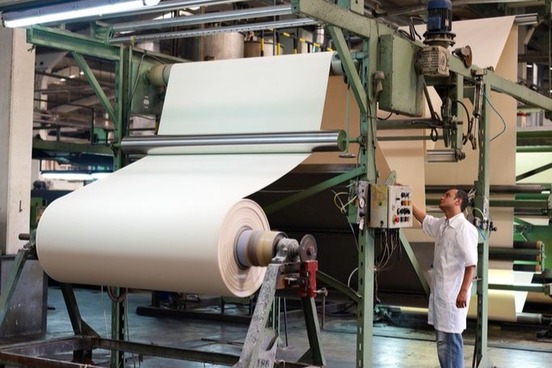 Literally, "the whole cloth" here refers to cloth all in one piece as manufactured or woven, before it has been cut. The figurative sense—where "made out of whole cloth," or a similar phrase, means "completely made up" or "completely without basis"—first appears in 19th-century American English. The expression originated from the notion that a story made out of whole cloth is one woven completely of falsehood with no break in the pattern from beginning to end.

It's not only a compelling portrait of one of baseball's greatest players, but it also reveals that much of the conventional wisdom about Cobb—that he was an angry and violent bigot—was made up out of whole cloth by an unscrupulous so-called biographer looking to sell books and cash in.
— Ryan Mills, The Naples (Florida) Daily News, 7 Aug. 2017

Gradually, the reference became even more oblique; "made up of whole cloth" could simply mean "completely made up," as in a made-up word or an original tale.

As for Shakespeare, he will certainly survive all the clumsy love and attention, the romanticization of how he worked, the modern assumption that he invented his plots out of whole cloth. But it bears reminding that his true glory lies in his plays, not in his life story.
— Charles McNulty, The Los Angeles Times, 23 Jan. 2018

Another use of the phrase gives it even broader applications. That which is "created" and "invented" (out of whole cloth) is not always a thing composed of words.

In my years as a high school teacher and an observer of the national public school scene, I can't remember hearing of a course which was created out of whole cloth by some agency outside the schools.
— David Safier, The Tucson Weekly (Arizona), 20 Nov. 2017 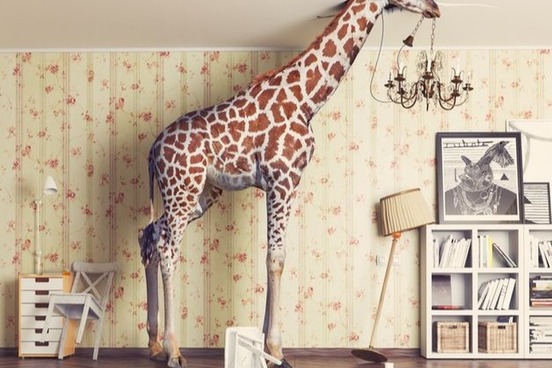 Judging by the unconnected sense development of tall from the 14th to 16th centuries, it seems English speakers couldn’t quite figure out how to apply the adjective. It was variously used to mean "quick" (a meaning developed from a probable Germanic source), "handsome," "brave," and "ready"—all senses which are now obsolete.

In the 16th century, tall gained its familiar sense referring to being high of stature and, later, being of a specified height. In the following century, that sense began being figuratively used for things lofty, grandiloquent, or high-flown, such as "tall speech" or "tall talk."

Earliest record of the adjective describing highly exaggerated, incredible tales or stories is in American English in the early 1800s.

All of the time-honored devices of the lowbrow comedians also abound: not only the sober-faced exaggeration of the tall tale, outrageous punning, and grotesque spelling, but a boisterous Homeric joy in the rough-and-tumble.
— Jonas Clopper, Bawlfredonia, 1819

By the end of the century, British writers were also using it.

"Then you do not believe, it seems," said Walcot, coolly, "Sir Robert's assertion that he has seen spirit hands; you think it a 'tall' story?"
— James Payn, Under One Roof, vol. II, 1879

Appearing contemporaneously with this sense of tall is the word folklore in Britain. The introduction of the word eventually gives us folktale, folk hero, and other related terms. Tall tale is often applied to stories depicting the wild adventures of exaggerated folk heroes of the American frontier—such as Paul Bunyan, Davy Crockett, and Johnny Appleseed. 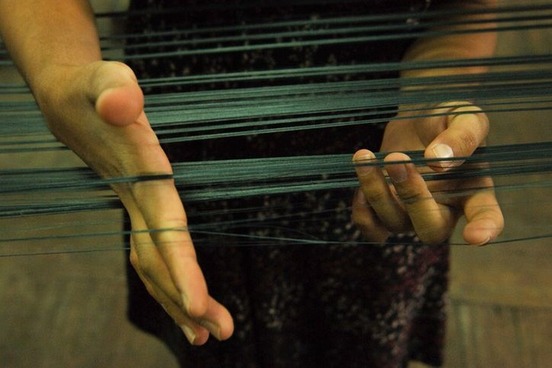 The origins of the phrase "spinning a yarn"—referring to incredible, long-winded storytelling—are speculative. Earliest print evidence of the phrase is from the early 1800s, but being slang it was used in speech well before that. The phrase was also used in both American and British English, which suggests that it was rooted in the maritime world, where foreign words and phrases were often picked up at ports. If that's the case, then it may be connected to the sailor's task of rope making.

Rope making, in the past, was a tedious process involving a lot of spinning (twisting) of fibers by hand into yarns and then yarns into strands, which are then twisted into rope. A good story would have been a welcome diversion from the menial task, and it is likely that tales were told by the sailors while making rope, leading to the figurative use "spinning a yarn" for storytelling.

Tom Paciorek, now a TV analyst for the Washington Nationals, shared a yarn last week that is hard to fathom in the age of iPods and micro laptops. When Paciorek was with the Dodgers in the early 1970s, he recalled how almost every fan brought transistor radios to the games, listening to Vin Scully.
— Tony E. Renck, The Denver Post, 18 June 2006

Print evidence of yarn as a word for a story (especially one that is surprising and often difficult to believe) appears after the phrase.

Smith also spins a yarn about FBI agents who followed him everywhere upon his release from prison.
— Richard Hoffer, Sports Illustrated, March 1992 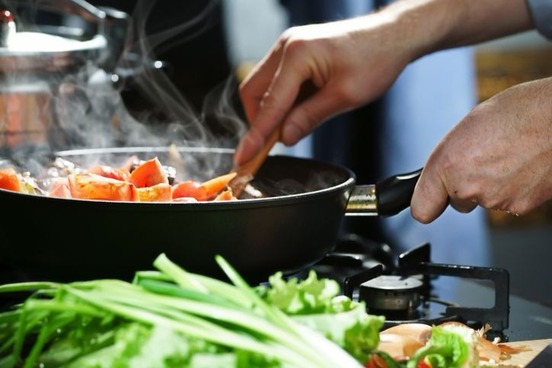 Concoct is from Latin concoctus, the past participle of concoquere—a combination of the Latin prefix con-, meaning "together," and coquere, "to cook." Specifically, the Latin word referred to boiling ingredients together. From the notion that the digestive juices of the stomach also "boil" food to break it down, the Latin word came to mean "to digest"—that sense was used both literally and figuratively. Concoct first enters English in the early 16th century with the meaning of "digest."

In manhood these liquors are unquestionably the safest, the body being then the most vigorous, and best able to concoct and carry them off in perspiration, upon the account of that higher degree of exercise which generally accompanies that age.
— The Monthly Review, 1750

Publick offices may be called the stomach of the body politick, where its food is concocted for distribution thro' its several members.
— The Scots Magazine, 1745

Latin's "cooking" sense is then borrowed in the beginning of the 17th century.

Both Latin senses are now obsolete, but a remnant of "cooking" lingers in the modern use of concoct for preparing food or a beverage by combining various ingredients. That sense appears in the late 17th century.

Since people tend to get creative (or carried away) with their ingredients when making a concoction, creativity is also behind the use of concoct for the act of making up a story or devising a scheme.

At that point, Agent Garbo decided to take action and concocted a false story about being arrested and imprisoned in a detention camp as a consequence of her outburst.
— Mashable, 28 Sept. 2016 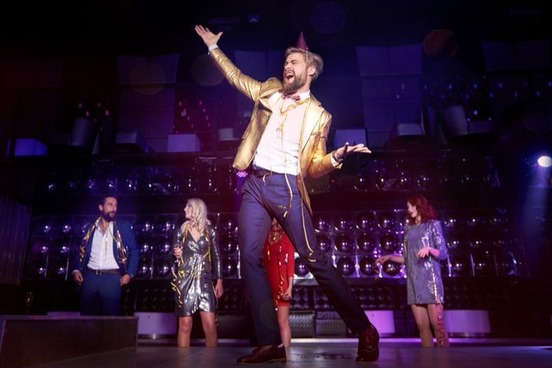 The phrase song and dance—referring to a drawn-out often false or unrelated story or explanation—was popularized in 19th-century America when vaudeville flourished. Vaudeville is a form of light entertainment that typically featured magicians, acrobats, comedians, trained animals, and (you guessed it) singers and dancers. The "song and dance" routines were well-rehearsed and began on a music director's cue.

Two common figurative expressions using "song and dance" are: "to give (someone) a song and dance" and "to go into one's song and dance." The first expression was influenced by the rehearsed nature of the numbers, whereas the second developed from the routine starting as if on cue.

When he got to the podium, Mayweather thanked everyone imaginable, even his dad, and noted that he had made $100 million in the ring, which he termed "a blessing." It was the usual song and dance, but there was a gentleness to his manner that I hadn't seen before.
Carlo Rotella, The New York Times, 1 June 2008 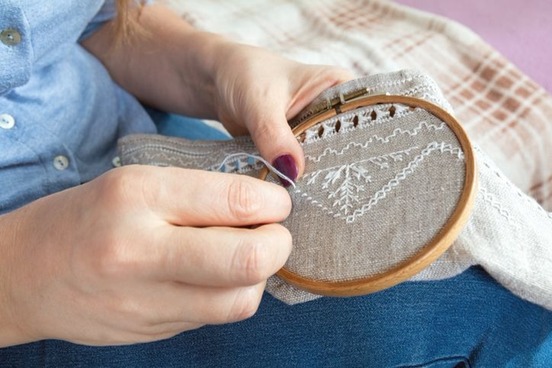 The word embroidery usually brings to mind intricate raised designs or detailed artwork crafted by needle and thread on cloth or other material. The word goes back to the 14th century and is derived from the Anglo-French verb brouder, meaning "to stitch" or "to ornament with needlework."

During the 1600s, people connected the ornamentation of embroidery with the flourishes and embellishments found in writing and speech, and the verb embroider began being used to refer to the act of embellishing with florid or exaggerated language or with details that stretch the truth.

On the whole, however, none of his writings are so agreeable to us as his letters, particularly those which are written with earnestness, and are not embroidered with verses.
— T. B. Macaulay, Life of Frederick the Great, 1859

In time, the noun embroidery came to mean "elaboration by use of decorative and often fictitious detail," as demonstrated in these current examples:

These people will also tell you that once you have the hang of Shakespeare's intricate verbal embroidery, his verse and metaphors give the plays a numinous quality that amplifies the power of each philosophical insight and makes them all the more memorable.
— James Gingell, The Guardian, 20 May 2016

Durbach is the first to admit that's a lot of feeling to associate with a chunk of concrete. But one look at the way ocean views are dramatically captured by his firm's most famous work, the award-winning Holman House in Sydney's Dover Heights, and verbal embroidery is forgiven.
— Megan Lehmann, The Australian Magazine, 12 Sept. 2015

As Calas' ambitions grew, so did his embroidery. A copy of his résumé posted online in 2014 claimed that he earned a physics degree from Princeton University in 2000, when he would have been about 10 years old, and a Ph.D. in computer science from the Massachusetts Institute of Technology.
— Steven Cook, The Daily Gazette, 29 Jan. 2018