We all know what hibernate means: to spend the winter sleeping or resting. Bears famously hibernate and wake up hungry in the spring. At a certain point in the winter, many of us may wish we could do the same. 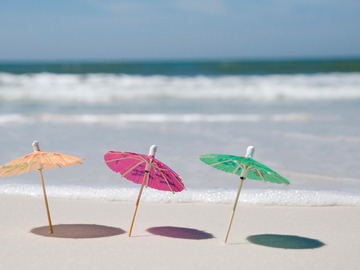 Humans can’t spend the entire winter sleeping, but the harshness of winter does make it tempting to remain indoors for prolonged periods, which is a kind of hibernation in itself. In this regard, we might relate to bears. The warm weather of summer usually invites opportunity for travel, working and playing outside, and social get-togethers.

When bears hibernate, their metabolism slows down and their body temperature lowers, and they enter a state of dormancy. It turns out that there is a comparable term for creatures that enter a similar stage during the summer. Certain animals are indeed wired to estivate rather than hibernate.

Beginning in August, the new generation of butterflies begin to migrate south toward the highest elevations. They assemble on rocky summits above the tree line and estivate—a summer version of hibernation—to conserve energy, living off the fat from their caterpillar phase.
— Sasha Landauer, Point Reyes Light, 11 July 2018

But the dry season may present another hazard: drought. Periodic droughts are common here, and stretches of the Karombe may dry up for several months. Snails combat desiccation by estivating, that, is burrowing into the mud and sealing up the shell with mucus until conditions improve.
— Mark Woolhouse, Natural History, March 1989

Hibernation and estivation are similar in that the animal's metabolism slows down and the dormant animal breathes so slowly that it may appear to be dead.

Similarly to the way human hibernate during the winter, estivate can refer to the action of spending the summer in one place, eschewing any travel.

At the same time, I find myself sympathetic; we are all dreading the heat that we can feel gathering itself, about to crash down in a week or so. Too soon we will be forced to estivate, to draw the shades against the sun searing through the windows and live our days in gloom; we will go out only when it’s cool, in the early morning or after sunset. Pandemic claustrophobia will arrive.
— Lauren Groff, The New York Review of Books, 21 Mar. 2020

The setting in this case is Williamstown, Mass., home to a venerable and usually star-studded summer theater festival. Anna (like Ms. Danner, as it happens) has estivated in Williamstown for many a decade. The country house of the title (designed with radiant coziness by John Lee Beatty) is her longtime Berkshires residence, and she’s returning there for the first time since the death of her beloved daughter, Kathy, a beautiful movie star.
— Ben Brantley, The New York Times, 2 Oct. 2014

Faithful Pop Culture Happy Hour listeners know that contributor Chris Klimek is a lifelong action-movie enthusiast, but they may not know that he is, in particular, a Terminator movie connoisseur. Which is why, for this Small Batch edition, I asked him to Skype in from the Connecticut coastline, where he is estivating while on a prestigious writing fellowship, to talk about the fifth film in the Terminator series, the enervatingly spelled Terminator Genisys.
— Glen Weldon, NPR.org, 7 July 2015

Staying home and avoiding crowds during the summer—as opposed to, say, going to beaches and cookouts—might not sound like fun, but with estivate, you at least have a word for it.