Epic fail means “a notable, obvious, and usually public failure.” There’s a curt efficiency in the use of fail to mean “failure” that makes epic fail sound like the newish and hip expression that it is. And yet, as is often the case, what is new is old: this use of fail to mean “failure” is actually the oldest way the word was used in English; it survives only in the expression without fail. An example of the positive use of fail comes from Thomas Burton’s diary in 1656:

There is no fail of justice…yet. 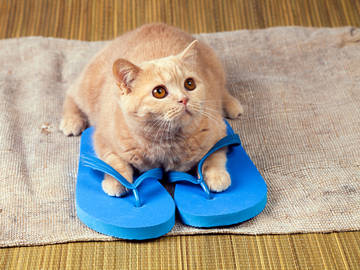 Though 'epic fail' seems to have emerged around the turn of the 21st century, 'fail' has been used to mean 'failure' for hundreds of years.

Using epic to mean “outstanding” or “impressive” contributes to the casual and slightly irreverent zip of epic fail, since epic first referred to grand and formal culture: originally, epic referred to stories. Or, rather, to Story—the beginnings of literature in the West trace back to Homer’s Iliad and Odyssey, long narrative poems in an elevated style that celebrate heroic achievement and treat themes of historical, national, religious, or legendary significance (as opposed to the briefer heroic lay, folklore and ballad forms, or the chivalric medieval romance).

Appropriately enough, epic comes from the Greek word epos, meaning “word,” “speech,” or “poem.” Epos is also an English word, meaning either “epic” or “a number of poems that treat part of an epic theme but are not formally united.” From that original, narrow, and literary meaning, epic evolved to mean any work of art that resembles an epic (“a Western epic”), and finally an action or story that could be an epic—changing in meaning, as so many words do, from the specific to the general over time.

More interesting, for our purposes, is the evolution of the adjective epic, which began as the simple modifier carrying the original meaning of the noun (“an epic poem”), then came to mean “extending beyond the usual or ordinary” (“epic proportions,” “epic achievement”). Though we might associate epic fail with online writing, Internet culture, or YouTube captions, an early use is decidedly not digital:

Sure, it’s part of the annual cycle of Jewish holidays, and in that context it’s fine. But outside of that context, as one of the only two or three days many Jews spend inside a temple or synagogue, Rosh Hashanah is an epic fail.
—Jay Michaelson, The Forward, 1 January 2000

I give Mashable an EPIC FAIL on this for betting Snocap could work. It seemed so promising: young music startup from Napster founder strikes deal with MySpace to sell music from millions of artists. Except that only a tiny proportion of MySpace bands made use of the stores, and the iTunes monopoly was too entrenched to be overcome.
—Pete Cashmore, "EPIC FAIL: This Year’s Turkeys," Mashable.com, 22 November 2007

But the real key to the success of epic fail in the language is its application to many subjects:

Shaquille O’Neal famously tried acting (fail) and music (epic fail). So, as his basketball career winds down, that’s left to dabble in? Why, comedy!
—The Courier-Journal (Louisville, KY), 16 June 2009

For those working outside these margins, there is Cake Wrecks, Jen Yates's popular blog and new book of the same name, celebrating the folly of professional confections gone horribly, horribly wrong. Think of them as epic fails, with frosting.
—David Hochman, _The New York Times, 14 October 2009