Why is it so hard to use 'enervate' correctly?

We're tired of the confusion surrounding this word

There are a number of opportunities to misuse the word enervate, and speakers and writers of the English language have been taking advantage of these opportunities for quite a long time. Johnson O’Connor, writing in The Atlantic Monthly in 1934, alleged that fifty-two percent of the college graduates he had surveyed chose invigorating as the synonym for enervating, rather than the correct weakening. 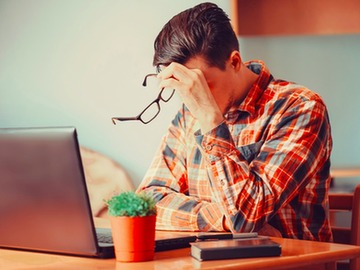 Why do we have such trouble with enervate? Some people confuse it with innervate, a newer word which is often found used in a physiological context, and which means "to supply with nerves." Many other people assume that enervate has a more vigorous meaning because it begins with the same letters as energize, enthuse, or enliven.

Enervate has been used in English since at least 1565, when it appears in Thomas Dorman’s A Disproufe of M. Novvelles Reproufe (“…to eneruate and weaken thereby the auctoritye of general councelles…”). It comes from the Latin word enervare, which has a number of meanings, none of which are particularly energetic (unless you count "cut the sinews from" as energetic).

If you are among the people who have difficulty using this word correctly, you may take comfort in the fact that you're not alone. Evidence shows that enervate is still often used in print as a synonym for invigorating. Furthermore, this misuse is not confined to any one area; it may be found across the globe.

His parents were nervous when Julian performed for the first time with an orchestra, but Julian was enervated and in his element. "The gala concert was quite thrilling," he says.
—Toronto Star, 28 July 1987

What BMG did best apart from SFX was drumming, about 60 per cent of the show. For me it was thrilling, enervating.
—Liverpool Echo [Liverpool, UK], 21 May 2009

Bobby Jones, the designer of Chambers Bay, stood by the 18th green. "I am excited, enervated," he said. "Yesterday was my father's birthday. Had he lived he would have been 108. Today is Father's Day. What more could I want?"
—Manawatu Standard (New Zealand), 23 June 2015

Rather than serving up stern admonishments, or a lengthy explanation of how to distinguish between enervate and energize, we thought it might be useful to instead offer an explanatory limerick, in the hopes that it might make things more clear:

There once was a term which could vex,
Bewilder, and really perplex;
This word, enervated,
Is close to deflated;
Once you get it it’s not so complex.