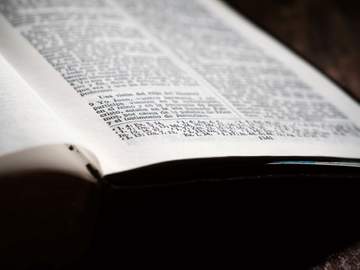 You can refer back to this article later.

What is an endnote?

We define endnote as “a note placed at the end of the text.” There is very little semantic ambiguity with this word’s definition, and the manner in which it is used is fairly consistent.

Therefore, the book provides an introduction to the history of Travellers and to the current conversations surrounding them rather than a thorough literature review, although the endnotes provide a helpful launching pad for that endeavor.
— Journal of American Folklore, Sept. 2019

Selected mathematical details are cited in the endnotes, and the list of references includes many publications focused on the relationships between architecture and mathematics in Palladios designs.
— Stephen Wassell, Nexus Network Journal, Oct. 2008

What is a footnote?

Footnote is a bit more complicated, as this word has multiple senses, and some of these have broad meanings. The first definition we provide for footnote is “a note of reference, explanation, or comment usually placed below the text on a printed page.” The reason we says the note is “usually” place at the bottom of the page, as opposed to “always,” is because sometimes people refer to notes at the end of the book as footnotes, rather than endnotes.

Additionally, researchers and students will find the ample footnotes at the end of the book informative and highly useful for understanding the plethora of primary and secondary sources used in the interpretation and writing of environmental history.
— Matthew G. Hatvany, Journal of the Royal Nova Scotia Historical Society, 2013

It is also a pity that a distinguished University press should place the footnotes at the end of the book, though it is to be praised for allowing an appendix listing variants of personal and place names in various languages.
— Robert Frost, Canadian Slavonic Papers (Edmonton, Can.), Mar.-Jun. 2010

The main criticism of this book relates to the almost constant need to refer to the footnotes at the end of the book, a task which becomes laborious.
— Stephen Ling, Drug and Alcohol Review, Sept. 1998

Footnote also has figurative senses, including “one that is a relatively subordinate or minor part (as of an event, work, or field),” and “something that serves for illustration or explanation.”

The newspaper considers the fall of the French premier, Painleve, a mere footnote to the history of the war, but that of Prime Minister Lloyd George as a whole chapter.
— Colorado Springs Gazette (Colorado Springs, CO), 16 Nov. 1917