Allude means to reference something indirectly. It is usually followed by to, as when one thing "alludes to" another. Elude, which shares the same origin as allude, means "to evade" or "to escape perception or understanding." To remember, keep in mind that elude starts with E, just like escape and evade. 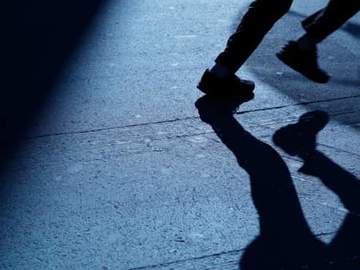 If your allusion is too hard to understand, it may elude your reader.

Allude and elude share an etymology and a part of speech, and sound almost identical, yet have meanings in modern use that are quite distinct. Many people count these among their commonly confused words, so let’s a take a look at how each may be used or misused.

Both are verbs, and both come in part from the Latin ludere, meaning “to play.” Allude is the older of the two, in use since the early 16th century; elude dates from the middle of the 17th. We define allude as “to have or make indirect reference (as in passing or by suggestion); to refer indirectly,” and also note that the word is sometimes used broadly with the meaning “to refer” (some usage guides do not care for this broadened meaning). Allude is typically, although not always, followed by the preposition to.

Fauzia considers it a great victory to have persuaded her husband to leave. So when Muntaz alludes to the risks of such a decision, Fauzia becomes very bad-tempered.
— Lilia Momple, Neighbours: the Story Of a Murder, 1995

Whenever he heard the subject alluded to, he remembered a pressing appointment elsewhere; and throughout his life he never regretted anything so much as his inability, on that afternoon, to seal the lips of those chatterboxes who saw him running.
— Solomon Tshekisho Plaatje, Mhudi, 1978

Whereas allude is frequently used in the sense of ‘avoiding direct mention,’ the meanings of elude are concerned with a different type of avoidance: “to evade,” “to escape the perception, understanding, or grasp of,” and “to resist attempts at.”

When sleep eluded her, she would read until she dropped off, the pages still open.
— Véronique Tadjo (trans. By Wangũi wa Goro), As the Crow Flies, 2001

As they walked along together Sianana shook his head several times to indicate that something important was eluding him, until at last with a smile, Lesego said: 'She has told me all about her bad ways. They are over.’
— Bessie Head, The Collector of Treasures, 1992

For a whole hour he tried to see her but every time he was on the point of talking to her she purposely eluded him.
— Martha Mlagala Mvungi, Three Solid Stones, 1975

It is not uncommon to find examples of each word being used where the the other is called for.

Second, he should attempt to bring home the Ashes from England after a series win, which has alluded him in his two tours, and has not been achieved by an Australian team in two decades.
— The Courier-Mail (Brisbane, Aus.), 20 Oct. 2019

If you need additional assistance in distinguishing between these words it may help to remember that elude begins with an E and is often concerned with escaping and evading, while allude, beginning with an A, is a way of talking about things without direct mention.