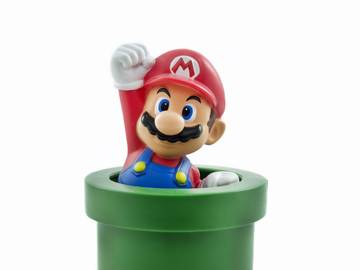 The phrase down the pike is entered in the dictionary with two meanings: "in the course of events" and "in the future." The first of these is significantly older, well established in English at the beginning of the 20th century:

And she remembered that day when he had crushed her in his arms and declared she was the greatest little bit of a woman that had ever come down the pike.
— Jack London, The Valley of the Moon, 1913

Origin of Down the Pike

The pike in this case is short for turnpike, which can refer to any main road but originally referred specifically to one on which tolls were collected. In Middle English, the turnepike was a revolving frame, studded with spikes, that served as a barrier, preventing traffic (presumably a horse) from advancing until the driver paid the toll.

As the chief roads that connected cities and towns before highways, turnpikes brought untold and unforeseen things: visitors, freight, opportunity. So the use of down the pike to describe the arrival of the unknown makes sense.

The use of down the pike to mean "in the future" is a more recent phenomenon:

There is a downright impressive slate of albums by Anglo rappers coming down the pike; G-Eazy and Macklemore are both set to release albums sometime this year.
— Aaron Williams, Uproxx.com, 26 Sept. 2017

This use doesn't stray far from the "in the course of events" sense; it just gets into what is expected to come along, rather than what already has.

Although turnpikes are still in use and named as such--the New Jersey Turnpike is a particularly famous one--the use of pike as shorthand for turnpike might only be familiar to those who live in the vicinity of one. In Massachusetts, for example, the highway that forms the backbone of the state is known to locals as the Mass Pike. (Go Sox.)

Confusion with Down the Pipe

The unfamiliar use of pike might partly explain why we sometimes see the phrase rendered as down the pipe, particularly in the sense referring to anticipated future events:

As part of this, The Times’ Deborah Vankin takes a look at what’s coming down the pipe at downtown L.A.’s newest art institution, the Institute of Contemporary Art Los Angeles.
— Carolina A. Miranda, The Los Angeles Times, 8 Sept. 2017

Beyoncé's visual album Lemonade dropped in April 2016, and since then, the singer has slowly shared some of the clips on YouTube; but it seems she might have some new video material coming down the pipe.
— Erica Gonzales, Harper's Bazaar, 6 Sept. 2017

The phrase also suggests a conflation with a similar one, in the pipeline, used for projects or anything in a state of development, preparation, or production. Pipes and pipelines, with their ability to carry a continuous flow, suggest a streaming resource, which is why we speak of music being "piped" into a store, or a baseball team's "pipeline" of prospects coming up from the minor leagues.

But down the pipe also sees use akin to the original sense of down the pike, stressing what has arrived rather than what is in development or expected:

U.S. Rep. Hank Johnson, D-Lithonia, said that the repeal bill was “the worst piece of legislation that has come down the pipe yet.” He said Congress would want to reauthorize the indigent hospital care and PeachCare programs. “Hopefully, Republicans in Congress can walk and chew bubble gum on that issue,” he said.
— Ariel Hart and Tamar Hallerman, The Atlanta Journal-Constitution, 22 Sept. 2017

Every time we asked what we were training for, they wouldn’t tell us or said, “We don’t know.” It finally came down the pipe that we were going on an exercise with the American army. We figured that was okay.
— Alan Blunt, Legion Magazine, 18 Feb. 2016

Down the pipe seems to be sticking around, so don't be surprised if you find it conflated with down the pike in the future. But as with all up-and-coming usages, should you choose to employ it, be prepared for the sticklers to pipe up.