The Double Negative: It's Not Unusual (Sometimes)

It's not the worst rule to break

We all know how bad double negatives are. Along with ending a sentence in a preposition, the double negative might be near the top of the list of English grammatical crimes.

And yet we find them all the time, often in colloquial speech, sometimes in written prose. We find them a lot in song lyrics, where an extra no might be dropped in to fill an empty syllable or add emphasis, such as "I can't get no satisfaction" or "ain't no sunshine when she's gone." 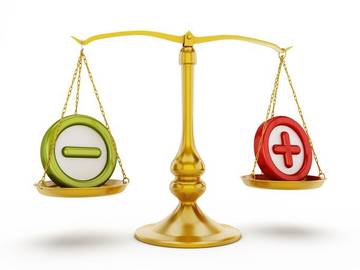 'Litotes' refers to understatement in which an affirmative is expressed by the negative of the contrary.

The type of construction most frequently criticized by grammarians is when two negatives are used to convey what is intended as a single negation. It's only from the context of the song that we know that "I can't get no satisfaction" means "I cannot be satisfied." A satisfied Mick Jagger makes for a boring song.

The argument against double negatives is founded on the basis that negation is an absolute concept; something is either present or absent, and adding a second negative to a sentence does not make it more negative than it was before. Nevertheless, the use of double negatives in a cumulative fashion, imposed for a kind of emphasis, exists as far back as Chaucer in the Middle Ages. Shakespeare used it as well:

And that no woman has; nor never none shall be mistress of it.
— William Shakespeare, Twelfth Night, 1602

One way to interpret a sentence containing a double negative is to read it mathematically. In math, if you multiply two negative integers (e.g., -5 x -7), the resulting product is a positive integer (+35). Similarly, if you combine two negative expressions in the same sentence, one might be tempted to read the sentence as a positive expression. Literally speaking, "I can't get no satisfaction" means "I can indeed acquire some satisfaction, I'm just fine in my pursuit of such, thanks for asking."

I haven't got no reason to lie to you.

after cancelling out the two negatives: I have got a reason to lie to you.

But once in a while we encounter a double-negative expression that is purposefully crafted because it expresses something slightly different from what the sentence would mean without the negatives. Consider the following:

Division of Wildlife Resources officials say it's not uncommon to see a moose in the area, but to be attacked by one is rare.
— Idaho State Journal, 27 Oct. 2017

But, as the Economist editorial also noted, it’s not unheard of for U.S. Presidents to talk in glowing terms about their Chinese counterparts.
— John Cassidy, The New Yorker, 26 Oct. 2017

Let Me Be Frank with You isn't perfect, but it's not unworthy of its three remarkable predecessors, which together form one of the toughest acts to follow in contemporary American literature.
— Michael Schaub, NPR.org, 6 Nov. 2014

Such constructions occur with regularity in English, and they are accepted despite containing two negative components, the word not and the prefix un- before an adjective. In classical rhetoric, such constructions are known as examples of litotes, defined as "understatement in which an affirmative is expressed by the negative of the contrary." These constructions are generally considered to be artful wordings that express something subtly different from what would be expressed if the two negatives were cancelled out.

So while it might not be uncommon to see a moose in the area, that doesn't mean it occurs every day, either. The phrase is deliberately chosen because its intent is to dispel a notion of uncommonness with regard to moose. Similarly, the book is "not unworthy" of its predecessors, rather than simply "worthy," because the idea of its unworthiness was already being suggested by the fact of its not being perfect.

It's probably not a coincidence that one of the most familiar instances of such an expression is also the title of a song. When Tom Jones sings "It's Not Unusual" to be loved by anyone, it's a different meaning than would be construed by "It's Usual." Plus—if we all agreed that being loved was an everyday thing, would we sing this much about it?