If you've spent any time on Twitter, you're familiar with @, the at sign. While @ has had many uses over time (such as in unit pricing, e.g., "20 pencils @ 5 cents apiece"), we usually associate contemporary use of the symbol with the Internet and social media. 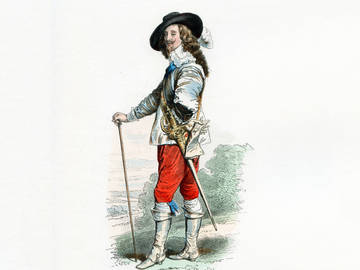 Ray Tomlinson, the programmer who developed what became e-mail in 1971, is credited with selecting the @ symbol to direct messages to a user at a particular domain, as in noah.webster@Merriam-Webster.com. As the symbol became a convenient shorthand device necessitated by its 140-character limit, Twitter eventually incorporated it as a function for users to tweet at one another. Now, Twitter users are typically identified by their @-prefixed handles, like @MerriamWebster. Other social media platforms, such as Instagram, have similarly incorporated the @ sign for tagging users.

In Twitter parlance, the tagging of another user by prefacing that user's name with the @ symbol is called a mention. Users who are the subject of mentions receive notifications from the service that they have been tagged. The mention can be a direct reply to that person, or in some instances, a passing mention of that person to a different user for which the mentioned person will still be notified, an action viewed by some as passive-aggressive.

On Twitter, the phrase is used as a warning not to respond to, annoy, or argue with the original poster about what that poster has just stated:

Use of "don’t @ me" has become so prevalent, in fact, that the American Dialect Society named the verb at its 2016 Word of the Year in the Digital category, edging out tweetstorm.

Familiarity with verbal at eventually reached the point where it broke free from the boundaries of Twitter and found its way into edited full-text articles:

Thirty-three years. It's been thirty-three years since a female superhero has anchored her own movie—1984's Supergirl being the most recent example. (Catwoman and Elektra? Both antiheroes. Don't @ me.)
— Graeme McMillan, Wired, 5 June 2017

Soft serve is really all it takes to make me happy. I am a woman of simple pleasures. Sugar, dairy, carbohydrates. Don’t @ me, as I think people say.
— Emma Straub, Grub Street, 16 June 2017

With this expanded, extra-Twitterial use, at as a verb shows a shift in meaning from the functional sense of "to send a tweet directly to" or "to mention in a tweet" to a more general sense meaning something along the lines of "to respond to, challenge, or disparage the claim or opinion of another."

While there is scant evidence in edited text, Twitter usage of the spelled-out at seems to prefer the past tense and present participle forms are atted and atting. Questioning our tenses? Don't you dare @ us.