A problem of English and geometry.

You might recall learning in high-school geometry that there are 360 degrees in a circle. Angles are measured in degrees, with the vertex positioned at the center of the circle. That means that a right angle—forming a quarter-circle—is 90 degrees, and a horizontal line—which forms the base of a theoretical half-circle—is 180 degrees.

(It’s not known how ancient mathematicians settled on 360 as a number of degrees in a circle, but some historians have noted that it is approximate with the number of days in a calendar year and that a circle vaguely aligns with the elliptical orbit of the earth. The fact that a lot of numbers divide evenly into 360 also might have something to do with it.) 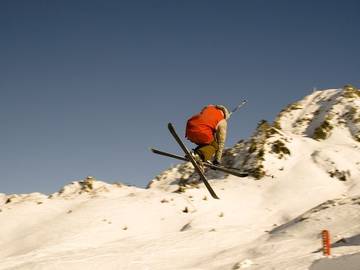 Degrees express angles of rotation, so we speak of them when we talk of hinges, inclines, skateboard tricks, snowboarding maneuvers, and basketball dunks. A complete trip around the edge of a circle is 360 degrees, which means that, if you were to complete a rotation around the central axis of your body, you would end up facing the same direction as when you started.

A half-rotation is 180 degrees, which around the same central axis would place you in a position facing opposite to where you faced originally. Charles Lindbergh, in 1927, used one-eighty and three-sixty to describe aerial maneuvers that employed half- and full rotations, respectively.

It was the latter half of the 20th century that saw idiomatic use of one-eighty to describe any reversal of direction, similar to about-face or its French equivalent, volte-face.

I put the Pinto into a high-speed four-wheel drift across traffic and up into a dirt road leading into a cemetery, then did a one-eighty to see what was coming after me the other way.
— G. Gordon Liddy, Will, 1980

Naturally, the phrase (sometimes spelled out as 180-degree turn) can refer to a figurative change in direction, doing the opposite of what one was doing before:

“The Iranian regime has a choice. It can either do a 180-degree turn from its outlaw course of action and act like a normal country, or it can see its economy crumble … We hope a new agreement with Iran is possible.”
— Mike Pompeo, quoted in New York Magazine, 6 Nov. 2018

They do the work and it's not easy, not quick. But when the lightbulb goes on, they do a one-eighty. All of a sudden they start talking about paying it forward and coming back some day and being a mentor themselves
— Ken Morgan, quoted in Macomb Daily (Clinton Township, Mich.), 25 Sept. 2015

On Sept. 14, the Tigers lost to DeSales 40-14. It was their fourth straight loss, all of which were by at least 19 points. Three of those defeats came at home. Since then, Josh Abell’s team has performed a 180-degree turn, reeling off seven straight wins.
— Jason Frakes and Steve Bittenbender, The Courier Journal (Louisville, Ky.), 10 Nov. 2018

When three-sixty is used in terms of physical movements, it refers to a complete rotation:

"Do the three-sixty!" someone yelled from the bleachers, and Corey blanched: "The three-sixty? I'll kill myself. But okay." and he performed a gorgeous, gyrating dunk.
— Darcy Frey, The Last Shot, 1994

He broke one diving tackler, broke left, and did a 360-degree spin to trip up another Nebraska tackler.
— Aaron McMann, MLive.com, 22 Sept. 2018

But on occasion, writers forget what they learned in geometry, and go the whole 360 when what they really mean is a reversal of course, which is a 180:

Tiger Woods got off to a disastrous start at the PGA Championship, going bogey double-bogey over his first two holes. But Tiger’s fortunes did a 360 thereafter, assisted, perhaps, by a shirt change. That is, if you believe what you read on Twitter.
— Golf.com, 9 Aug. 2018

If Tiger Woods had done a physical 360-degree spin, he would have been facing the same direction as when he started. Extend that to figurative direction, and his fortunes would not have changed, and he'd still be bogeying all over the course. Instead, a 180 would suggest the reversal of fortune that the author suggests here.

“'Doing a one-eighty' implies a turnaround, as in: 'Ever since she went on Prozac, her whole personality has done a one-eighty.' It doesn't apply to a wardrobe, I think ... Of course, 'do a three-sixty' is much worse. 'Volte face' is much better, but no one uses it any more.”
— Kate Christensen, Jeremy Thrane, 2001

There are a couple of explanations for the easy mistake. One is the temptation to think that doubling the number is merely emphasizing or exaggerating, rather than altering, its meaning, much like someone giving the impossible 110 percent. Another is that writers might not make the distinction between rotating on an axis and traveling along a circumference. If you picture a car going around a rotary, traveling the full 360-degree perimeter of the rotary and then getting off, then the car would indeed be traveling in the opposite direction from which it started. But that's not the kind of movement originally informed by 360.

It’s that kind of logic that gets you spun around, and then you don’t know where you’re heading.