A message only some can hear

The earliest, and still most common, meaning of dog whistle is the obvious one: it is a whistle for dogs. Dog ears can detect much higher frequencies than our puny human ears can, so a dog whistle is nothing more than an exceedingly high-pitched whistle that canines can hear, but that we cannot. 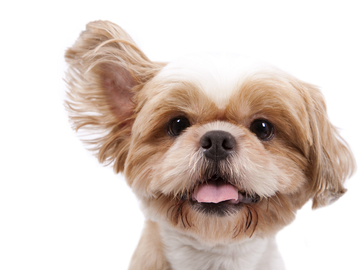 Figuratively, a 'dog whistle' is a coded message communicated through words or phrases commonly understood by a particular group of people, but not by others.

Yet there's another dog whistle we've been hearing about lately: a coded message communicated through words or phrases commonly understood by a particular group of people, but not by others.

Given that the term dog whistle has been around for over 200 years, it seems odd that it only developed a figurative sense recently. After all, it’s the perfect word to use to describe something that some people can hear, but others cannot. Yet it is only within the past 20 years or so that it has seen this figurative sense take hold. And it is primarily used to describe political speech.

If you want to cast him as just a nativist, his slogan "Make America Great Again" can be read as a dog-whistle to some whiter and more Anglo-Saxon past.
—Ross Douthat, The New York Times, 10 August 2015

Saul introduces the concept of the “figleaf,” which differs from the more familiar dog whistle: while the dog whistle targets specific listeners with coded messages that bypass the broader population, the figleaf adds a moderating element of decency to cover the worst of what’s on display, but nevertheless changes the boundaries of acceptability.
—Ray Drainville, Hyperallergic, 12 July 2016

Dog whistle appears to have taken on this political sense in the mid-1990s; the Oxford English Dictionary currently has a citation from a Canadian newspaper, The Ottawa Citizen, in October of 1995, as their earliest recorded figurative use: “It's an all-purpose dog-whistle that those fed up with feminists, minorities, the undeserving poor hear loud and clear.”

The recent appearance of the figurative use does not mean that dog whistle has not been used previously to describe the habit that politicians occasionally have of sending coded messages to a certain group of constituents. In 1947, a book titled American Economic History referred to a speech by Franklin Delano Roosevelt as being “designed to be like a modern dog-whistle, with a note so high that the sensitive farm ear would catch it perfectly while the unsympathetic East would hear nothing.” However, saying that speech is like a dog-whistle (which is a simile) is not quite the same as saying that it is a dog whistle (which is a metaphor), and this subtle distinction is what causes us to judge the phrase as having originated in the 1990s, rather than the 1940s.