Does 'Implicit' Mean "Wholehearted" or "Implied"?

English has a number of words which contain opposite, or seemingly contradictory meanings. Some examples of this class of word, which we call contronyms are splice, which may mean either “to split apart” or “to attach together,” and dust, which may refer either to the action of removing or of adding dust to a thing.

In addition to these contronyms (also called Janus words and autoantonyms) English is lucky enough to have a number of other words which, while not possessed of opposite meanings, have senses which are somewhat perplexing. Such as implicit. 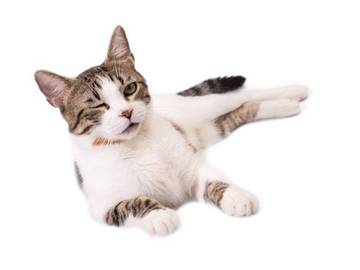 "Of course you can leave me alone with that glass of water on the counter." wink, wink

This word causes occasional confusion for some people as it may mean “implied” or “unquestioning, wholehearted,” two things which are not all that close to each other.

Implicit shares its roots with implicate, as both these words come from the Latin implicare, meaning “to entwine, involve.” It is assumed that the sense meaning “implied” came first from this source; given that the word implied is both older and more common, some people have wondered why our language needed this sense of implicit (H. W. Fowler, in his Dictionary of Modern English Usage wrote rather unkindly of implicit “as it is certainly not so instantly intelligible to the average man, it might have been expected to be so good as to die”).

English is replete with needless synonyms, many of which lack the grace to be so good as to die. The more vexing question is how implicit came to add the strikingly dissimilar meaning of wholehearted. For that we can blame religion.

In the 16th century it was not uncommon for writers on ecclesiastical matters to use the Latin term fides implicita (or implicit faith), which bespoke a person’s faith in religious matters as dictated by the Church, and without explicit reasoning on the part of the individual. The “unquestioning” sense of implicit led to the word being also used with confidence, belief, and similar words, and it took on the additional meaning of “wholehearted.”

It is neither your acquisite ne your formed ne vnformed faith, nether your assentynge historik faythe, neither your explicite ne implicite faith....
— George Joye, The Refutation of the Byshop of Winchesters Derke Declaration of his False Articles, 1546

It sufficeth a laie man to haue fidem implicitam, an implicate faithe.
— Alexander Nowell, A Reproufe, 1565

This ecclesiastical origin has survived in the lovely word fidimplicitary. By “survived” we mean that the word is still found in the the historical treatment afforded by The Oxford English Dictionary, which defines it as “That puts ‘implicit faith’ in another's dictum.”

Despite the disparate meanings contained in this word (and implicit has a number of other senses as well) we manage to (for the most part) successfully understand this word based on context. Should you say to someone “you have my implicit trust” you are clearly using the “wholehearted” meaning, rather than the “implied” one. If you feel confused about which meaning is intended, take a moment and try to puzzle it out and it should become clear. That is our fidimplicitary belief.