Or is it 'Different to'?

A considerable amount of ink and pixels have been shed over the past several hundred years, in a valiant attempt to force the English-speaking people to choose the correct word to use immediately after different. From is the word most of the usage guides want you to use, especially in the US, so if that’s all you wanted to know you can leave this article now, untroubled by information on semi-literate 18th-century grammarians and the mysterious mating habits of the comparative adjective. But to the rest of you ... let's go. 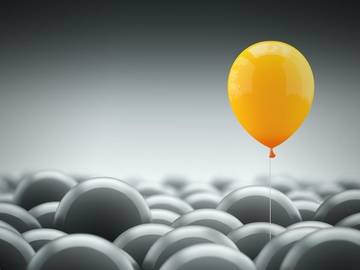 There are three common prepositions or conjunctions used with different: from, than, and to. Different from is the oldest of these, showing evidence of use back to the 15th century. However, different to and different than are hardly recent additions to our language, having also been in use for hundreds of years.

For the ancient Musicians used in their numbers and measure, their variety, much more diverse & different than now it is.
— Plutarch (trans. by Philemon Holland), The Philosophie, Commonlie Called the Morals, Written by the Learned Philosopher Plutarch of Chaeronea, 1603

Of all our Martial Evils he's the worst,
Who fain would write himself Man if he durst,
His bulk, and needlesse magnitude hath shewn
The symptomes of (what he's afraid to own)
An active honest man; although we may
Conclude, nought is more different than they.
— Thomas Jordan, Pictures of Passions, Fancies, and Affections, 1641

Given that from, than, and to all seemed to be used in conjunction with different without causing the world to crack, why is it that we are so often told that we should stick with different from? Enter Robert Baker.

Baker was the author of the 1770 work, Reflections on the English Language, and the possessor of a rather curious range of qualifications for the work of ‘deciding what is right and what is wrong with our language.’ Some of his qualifications and attributes, as given in the introduction to this book, are as follows:

Not being acquainted with any Man of Letters, I have consulted Nobody.

I quitted the School at fifteen.

I confess that I am entirely ignorant of the Greek, and but indifferently skilled in the Latin, where I can construe nothing but what is easy.

In spite of these (and numerous other) obstacles, Baker managed to write his book; contained in which is our first record of anyone complaining about different than.

A different Manner than is not English. We say different to and different from; to the last of which Expressions I have in another Place given the Preference, as seeming to make the best Sense.
— Robert Baker, Reflections on the English Language, 1770

We may credit Baker for having introduced the notion that one should avoid different than, but only due to the fact that he was the first to introduce it; there does not appear to have been any widespread adoption (or mention of any sort) of his rule over the next hundred years or so. Near the end of the 19th century grammarians once again decided that one should only use from after different, in spite of the fact that than and to, while in minority use, still appeared in the writing of many fine authors.

This round of grammarians had a better articulated reason than Baker had for why to eschew than, which is that this word should only be used following a comparative adjective (one that permits an increase in the quality, quantity, or relation, as in "I am sillier than you"). Not everyone agrees that different is not a comparative adjective, but even if it isn’t we can make it function as one by adding the words more or less before it. In such cases it sounds normal to use different than; Charles Darwin uses each of these forms in 1859:

What can be more different than the immensely long spiral proboscis of a sphinx-moth, the curious folded one of a bee or bug, and the great jaws of a beetle?

Natural selection may modify and adapt the larva of an insect to a score of contingencies, wholly different from those which concern the mature insect.
— Charles Darwin, On the Origin of Species, 1859

Different than is also considered acceptable when introducing clauses, or when the use of from would sound awkward (“I had a different experience than you did”).

In current use from is still the word most frequently used, although it is not at all difficult to find instances of different than in published and edited prose.

That relocation, like many conducted in secrecy, was much different than Amazon's search.
— Ori Ryan, Lauren Zumbach, Chicago Tribune, 21 Jan. 2018

Should you need a guide for your differents that doesn’t have quite so much 18th century, here it is.

If you don’t give a fig for what nitpickers think about your language use, proceed with different than or different from depending on how you feel.

If you give a fig, or part of a fig, use different from, except when beginning a clause, or when to do so would sound terrible.

If you are British, or would like people to think that you spent enough time in the United Kingdom for it to have influenced your approach to language, use different to whenever you feel like it.