Today, race refers to a group sharing some outward physical characteristics and some commonalities of culture and history. Ethnicity refers to markers acquired from the group with which one shares cultural, traditional, and familial bonds.

When filling out an application or legal form, you might be asked what race, in addition to what ethnicity, you identify with. While mechanically checking off the boxes or writing in your responses, you might momentarily stop and wonder, "What's the official difference?"—before continuing on. 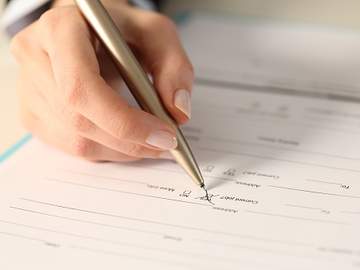 The concept of 'ethnicity' contrasts with that of 'race' in that it is concerned with group cultural identity or expression whereas 'race' focuses on physical and biogenetic traits.

The History and Meaning of 'Race'

The word race on the form refers to the group or groups that you may identify with as having similar physical traits that are regarded as common among people of a shared ancestry, or as stated by The United States Census Bureau:

First, the [2020 US Census] question [about race] is based on how you identify. Second, the race categories generally reflect social definitions in the U.S. and are not an attempt to define race biologically, anthropologically, or genetically. We recognize that the race categories include racial and national origins and sociocultural groups.

In the past, race often referred to the group with which you share a similar cultural background, language, religion, or geographical origin.

The Yorkshire type had always been the strongest of the British strains; the Norwegian and the Dane were a different race from the Saxon.
— Henry Adams, The Education of Henry Adams, 1907

This homograph of race starts being applied in the 16th century but as a word for a group sharing a common lineage or for descendants of a common ancestor.

… by descent I am the head not only of my own race, which ends with me, but of the Haughton family, of which, though your line assumed the name, it was but a younger branch.
— Edward Bulwer-Lytton, What Will He Do With It?, 1857

This forest was adjacent to the chief haunts of the MacGregors, or a particular race of them, known by the title of MacEagh….
— Sir Walter Scott, A Legend of Montrose, 1819

The homograph referring to a contest or competition had a head start. Literally, it implied the act of running but figuratively it came to refer to a person's progression through life or through a period in life.

… voices from the great cloud of witnesses who ever surround us in the race of life.
— Harriet Beecher Stowe, Uncle Tom's Cabin, 1852

The History and Meaning of 'Ethnicity'

The request for your ethnicity is to learn what group of people you identify with according to common racial, national, tribal, religious, linguistic, or cultural origin or background. In other words, it is meant to get an idea about your nationality, heritage, culture, ancestry, and upbringing. The concept of ethnicity contrasts with that of race in that it is concerned with group cultural identity or expression whereas race focuses on physical and biogenetic traits.

When seen on a fillable form, ethnicity refers to a 20th-century construct that is based on the adjective ethnic, which dates much earlier and was originally used to describe Gentiles or nations not converted to Christianity (similar to the adjectives heathen and pagan). Ethnic enters Middle English via Late Latin ethnicus and ultimately derives from Greek ethnikos, meaning "national" or "gentile," and is related to ethnos, "nation" or "people."

In sum: the term race is understood today as primarily a sociological designation that identifies a group sharing some outward physical characteristics and some commonalities of culture and history, while ethnicity is a word for something you acquire based on where your family is from and the group which you share cultural, traditional, and familial bonds and experiences with. The end result: people may have racial similarity but ethnic dissimilarity.