The Difference Between 'Elicit' and 'Illicit'

Illicit and elicit may sound and look similar, but they have different meanings. Illicit is an adjective describing something that is illegal or not permitted, while elicit is a verb meaning "to bring forth a reaction or response." Elicit can be traced back to lacere, which means "to allure," while illicit is related to licēre, which means "to be permitted."

Say them fast—or even slow—in isolation, and no one will know which one you mean. Elicit play and illicit play both rhyme with the likes of explicit and complicit. But beyond being auditorily indistinguishable, they are used very differently. 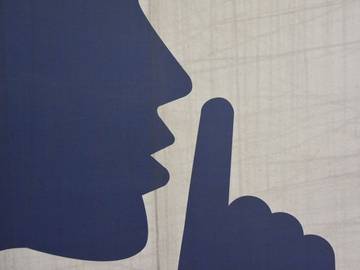 Illicit is an adjective applied to no-nos. It's used to talk about things people aren't supposed to do. Something illicit is not permitted especially because it is illegal:

The word is also sometimes used to evoke a mood related to what is not permitted:

… before 1920, women had hesitated to drink in public alongside men, but the glamorously illicit atmosphere of speakeasies dissolved that taboo.
— Celia Wren, Commonweal, 23 Sept. 2011

Illicit can be useful as an alternative to the word illegal:

He is credited with taking a number of illegal firearms and illicit drugs off the streets.
— Jason Anderson, The Record (Stockton, California), 23 Feb. 2013

But, like its synonym unlawful, illicit also describes what may be legal but is still otherwise not permitted, especially because it is outside moral norms:

When the decade of the fifties began, sex was still something of an illicit subject in America.
— David Halberstam, American Heritage, May/June 1993

Just call them Romeo and Zoo-liet: a male zebra hopped a fence at an Italian animal preserve to mate with his seemingly illicit lover, a female donkey. Their offspring? A zonkey, of course, which zookeepers promptly named Ippo. Alas, her wacky DNA means she's infertile, so don't expect a zonkeydonk.
—Time, 12 Aug. 2013

Elicit, on the other hand, is a verb. In contemporary English it's used to talk about calling forth or drawing out a response or reaction from someone:

During the concert (which was amazing) the lead singer gave several impassioned speeches about kindness and acceptance, which elicited roars of approval from the crowd.
— Sherri Leimkuhler, The Carroll County (Maryland) Times, 15 Sept. 2018

Three lost souls with heart-rending stories, they clicked their way to Internet support groups, where they elicited outpourings of sympathy from fellow sufferers.
— Denise Grady, The New York Times, 23 Apr. 1998

The word's original meaning, "to draw or bring out (something latent or potential)," is less common but is still current:

Origins of 'Illicit' and 'Elicit'

The Latin ancestors of this pair are easy to confuse too. Elicit comes from elicitus, illicit from illicitus. But going back just a little further, we find that elicit traces back beyond elicitus to lacere, meaning "to allure," while illicitus comes ultimately from licēre, meaning "to be permitted." (Licēre has another English descendant in licit, meaning "permitted by law"—sensibly, an antonym to illicit.)

And there we have it: two words that sound the same and look similar, but that have very different uses. Remember that illicit is an adjective and elicit is a verb and you'll be safe. Right? Well, uh, not quite. Though we won't go so far as to say that the language is intentionally obstreperous, it's almost like the distinction was too neat for English to bear: it turns out that elicit exists in adjectival form as well, albeit in an archaic adjectival form. Elicit as an adjective describes an act that proceeds from the will:

Lastly, fasting is an act of many virtues; it is an elicit and proper act of temperance …
— Jeremy Taylor, The Rule of Conscience, 1828

The elicit act is contrasted with the imperate one, which is commanded rather than chosen.

We understand if this last bit of information elicits sighs and moans from our readers, but we accept no blame for the language's intractability.