What's the difference between 'elder' and 'older'?

Elder/eldest and older/oldest both mean "more/most advanced in age." There's no controversy about these words, but there are a few important differences you should know before you get any older. 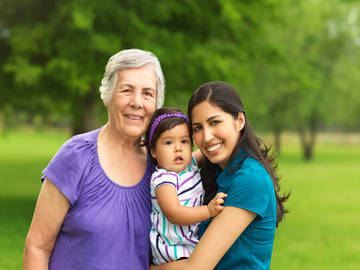 Elder and Eldest are for People

The main point stressed by many usage experts is that elder and eldest are used only of persons, while older and oldest can be used of both persons and things:

At the very least, the elder painter was the young man's mentor if not his actual teacher, for he was one of the delegation of two who called on Maria Thins on Vermeer's behalf to ask her to give up her objection to a marriage between her daughter Catharina and the twenty-three-year-old painter.
—Timothy Brook, Vermeer's Hat, 2008

The attendees ranged in age from 25 to 46. "Any other class I took in sewing was so dull," says Lauren McFarland, the eldest in the group.
—Anita Hamilton, Time, 4 Dec. 2006

Almost all the older boarders have skied before. The younger ones are either skaters or surfers. That's why there's less etiquette with the younger boarders.
Neil Stebbins, Ski, February 1995

Rowland says that the granite and schist formed deep inside an ancient mountain range. Erosion eventually wore the mountains down, exposing the older rocks. Rising sea levels then buried them in sand, which became the younger stone.
—Rebecca Coffey, Discover, November 2010

Additionally, some stress that elder and eldest should be reserved for seniority within a family:

Everybody was on board except for Dakich's son, Andrew. He told his father the obvious—they needed just two points to tie, not three. The elder Dakich, now a college basketball analyst at ESPN, recalled the ensuing interaction like it was yesterday…
—Lev Facher, Michigan Daily, 25 Feb. 2015

Zhang Yin (also known by her Cantonese name, Cheung Yan) was the eldest of eight children of a lowly Red Army officer who was imprisoned during the Cultural Revolution for "capitalist offences".
—The Economist, 27 Aug. 2011

Nevertheless, use of older/oldest in these contexts is very common:

Aunt Harriet had lived in Hartford all her life, the oldest daughter of an Irish immigrant who had made it -- my grandfather, Dominick Francis Burns, the man his two daughters and his six grandchildren called Poppa.
—John Gregory Dunne, New England Monthly, March 1988

Elder is Also a Noun

Perhaps due to their other senses, it is thought that elder and eldest hold a suggestion of reverence that older and oldest do not. The Roman scholar Gaius Plinius Secundus (AD 23 – AD 79) is more commonly known as Pliny the Elder to distinguish from his similarly named nephew, Pliny the Younger (AD 61-62 – c. AD 113). The term elder statesman refers to an eminent senior or retired member of an organization, especially one who gives advice to current leaders. And elder has a noun sense to refer to a person of advanced age (respect your elders) that is not shared by older.

Despite these differences, the two words share a root: elder derives from an Old English word, ieldra, the comparative form of eald ("old"). Old also derives from eald, but with some Old High German influencing the spelling along the way.

Additionally, eld is a seldom-used noun that means "old age" and long ago meant "old times" or "antiquity." But unlike old, you wouldn't ask how eld somebody is.