The Difference Between Dependent and Independent Clauses

Some clauses have an indie feel to them. 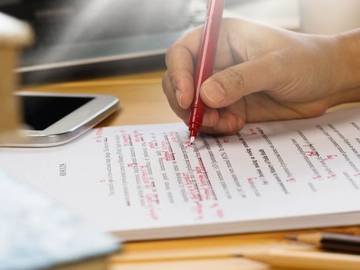 And what about the clauses that are still on their parents' family plans?

By definition, a dependent clause does not form a simple sentence by itself. Also called a subordinate clause, it is connected to the main clause of a sentence by a sentence conjunction such as that or when.

I went out on the bike that Mary gave me for my birthday.

The main clause of the sentence is “I went out on the bike”—a complete idea that can stand on its own as a complete sentence. The words that follow (“that Mary gave me for my birthday”) are a dependent clause, acting subordinate to the main clause. They contain a complete idea in their own right, including a subject and corresponding verb (“Mary gave”), but the existence of the subordinating conjunction that indicates that the clause cannot stand on its own as a sentence. It depends on the main clause, because the main clause contains the object (“bike”) that the verb in the dependent clause (“gave”) targets.

An independent clause, in contrast, can stand alone as a complete simple sentence even though it is usually functioning as part of a larger sentence. For a sentence to be complete, all it needs is a subject and a verb: “She sighed.” No part of the sentence depends on some element expressed outside the sentence.

Independent: We arrived early to the party.

Dependent: when we arrived early to the party

Full sentence: The host was surprised when we arrived early to the party.

Independent: The store doesn’t open until 10:00 AM.

Dependent: since the store doesn’t open until 10:00 AM

Full sentence: Since the store doesn’t open until 10:00 AM, we have time to get some breakfast first.

Independent: The forecast calls for rain.

Dependent: although the forecast calls for rain

Full sentence: Although the forecast calls for rain, we are going ahead with our plans for the hike.

The dependent clauses in these examples make no sense on their own as complete thoughts, because the subordinating conjunctions that are attached to them (when, since, although) depend on information outside of the clause. (They do, however, all seem like pretty normal text messages.)