Is Being Called Tenacious a Good Thing?

The Definition of "Tenacious" 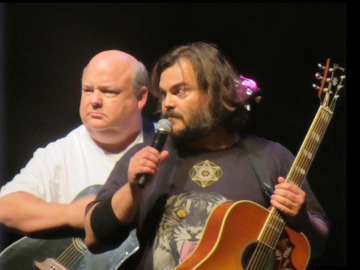 There are all kinds of reasons to look tenacious up in the dictionary. Which one of the following explains why you're here?

A. Someone called me tenacious and I'm wondering if I should be insulted.

C. I couldn't remember if it's -tious or -cious.

D. I heard someone call a weed "tenacious." Can a plant be tenacious? Or just people?

A. Tenacious is a mostly positive term. If someone calls you tenacious you're probably the kind of person who never gives up and never stops trying – someone who does whatever is required to accomplish a goal. You may also be very stubborn.

B. True fact: Tenacious D gets its name from a term sportscaster Marv Albert's uses for impressive defense.

C. It's -cious. Tenacious is related to the noun tenacity, which may help you remember the spelling.

D. Plants can definitely be tenacious – as can anything that tends to hold fast or is not easily pulled apart.

Tenacious itself is tenacious – at least if we're talking etymology. The word, which has been in use in English since the early 1600s, has clung tightly to its Latin ancestor, tenax, an adjective meaning "tending to hold fast."

Here are some examples of tenacious in a sentence from our files:

Chiang Kai-shek is now remembered with a certain respect in the People's Republic of China, as a tenacious nationalist who, whatever his faults, faced down the Japanese and thus made Communist rule of China possible.
– Jonathan Spence, New York Review of Books, 25 Feb. 2010

Garnett, aside from his tenacious defense and his willingness to go inside or outside, is a very underrated passer.
– Jackie MacMullan, Boston Globe, 3 Nov. 2007

Because of their survival strategies, evergreens are among the most tenacious of organisms; many of the 630 conifer species thrive in the coldest, droughtiest, most inhospitable habitats on earth.
– Carolyn Shea, Audubon, March-April 2001

At Frampton Court, property of one tenacious family for 800 years, Henriette Clifford noted recently: "The family have always had property but no money to go with it."
– Israel Shenker, Smithsonian, October 1985

Of course, if it's the band you're after, you'll have to look here.